It was a cold, quiet Wisconsin morning when a lone black Labrador was seen running on the side of the road in a small-town neighborhood. When police officer Jeff Gonzalez caught up to the dog named John Boy, he could see the dog was nervous, barking, and anxious for the officer to get out of his cop car. Then, the pup started running up the street.

As it turned out, John Boy’s owner Krystal suffers from a heart condition. This incredible dog was trying to grab the officer’s attention and flag him down while leading him in the right direction. Before Officer Gonzalez knew it, he was standing in front of the house where Krystal was unresponsive. There she was, slumped over in a chair on her front porch, still wearing her pajamas. She was freezing, her lips were blue, and at first the officer thought she was dead. After he called for assistance, Krystal was brought inside.

Krystal’s daughter received a phone call alerting her to the fact her mother had been sitting unconscious in the cold for a whole hour before John Boy was able to connect with the officer and save the day. Krystal recovered in the hospital and couldn’t wait to be reunited with her four-legged hero, and the officer who went out of his way to listen to her loyal dog.

In the touching video, watch as Krystal meets her knight in shining armor, Officer Gonzalez. And if you can believe it, John Boy had been adopted and returned to the shelter three times by different families before ending up with Krystal forever. It was truly meant to be. 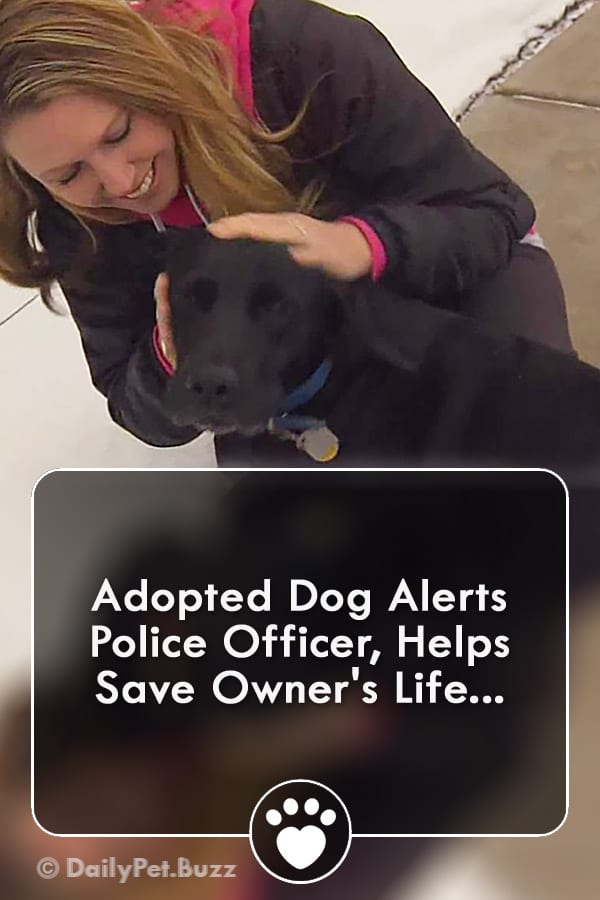