The term family is not associated to humans only; several types of animals have a defined hierarchy and present a variety of typical behaviors that are related to human nature. As difficult to understand as it might seem, elephants present behaviors that evoke a higher intellect on their part, showing emotions such as anger, compassion, greed, and happiness. But if you have trouble believing it, this story will definitively change the way you’ll see animals again –

The elephants are the biggest herbivore mammals that inhabit planet earth, they usually weight around 120 kg when they are born and grow to reach an outstanding 13 ft. in height. These animals have massive bodies and are known for their big set of ears, huge tusks and a large flexible trunk which is used as a personal tool on the regular activities they perform. These include picking up food, taking branches and drawing up water from the ground. Their lifespan is around 60 or 70 years and they live together forming a social bond which well-known by people.

Despite their threatening physical appearance, these are very docile animals that only attack to defend themselves when they are in danger or feeling under pressure. During the breeding period special glands located in both sides of the male elephant’s head segregated a substance that marks the beginning of a process called ‘Musth’ , during this stage the testosterone of the animal grows up to 30 times the normal quantity on the body making them very aggressive and dangerous to any other species.

A family of elephants is mainly composed of females and calves where the eldest female or ‘Matriarch’ is considered the leader of the herd. Sometimes a group of several families gathers together to form a new organization or alliance, this short-term relationship is made with the single purpose of supporting each other during difficult times, the alliances are assembled and scattered on a continuous endless cycle helping them to survive.

An interesting video regarding this behavior was recorded the other day. In the film, we can observe how a herd of elephants was crossing from one side of the road to the other on a natural reserve. At the moment, the traffic completely stopped letting these animals pass without problems but suddenly an unfortunate incident occurred, a baby elephant fainted in the middle of the road.

When the herd realized what happened they surrounded the baby, protecting him until he could stand up again. Some members of the family group carefully nudged him almost like saying ‘Are you alright? Come on, you can do it’ , the baby was probably very tired or thirsty due to the length of the trip they were making. For a moment the baby barely moved, but after a few minutes, he gained the necessary strength to get up and continue, with his family all around there is no doubt that no elephant stays behind!

If you want to be a witness of how this particular animal can be extremely protective, just click on the video above and watch the bonds between this baby elephant and his family. 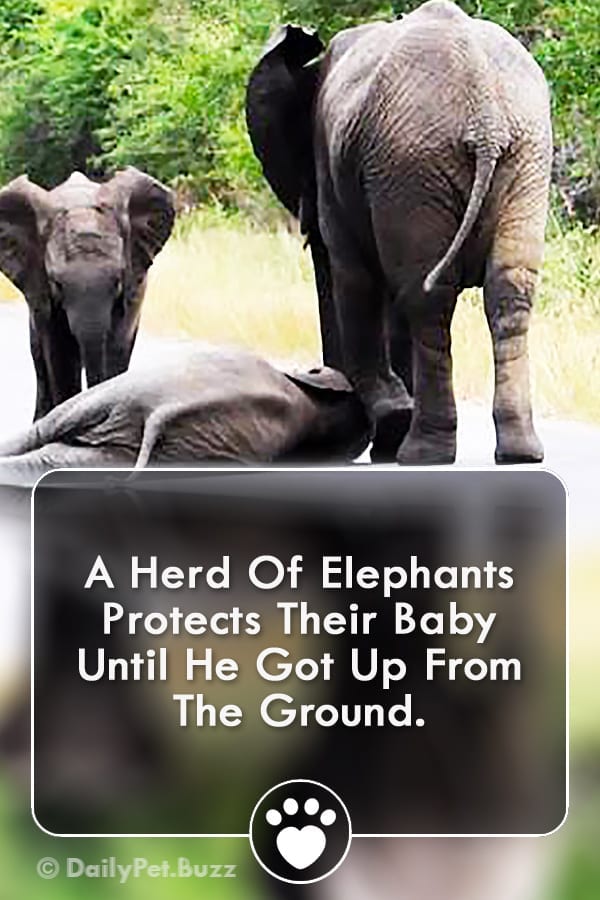