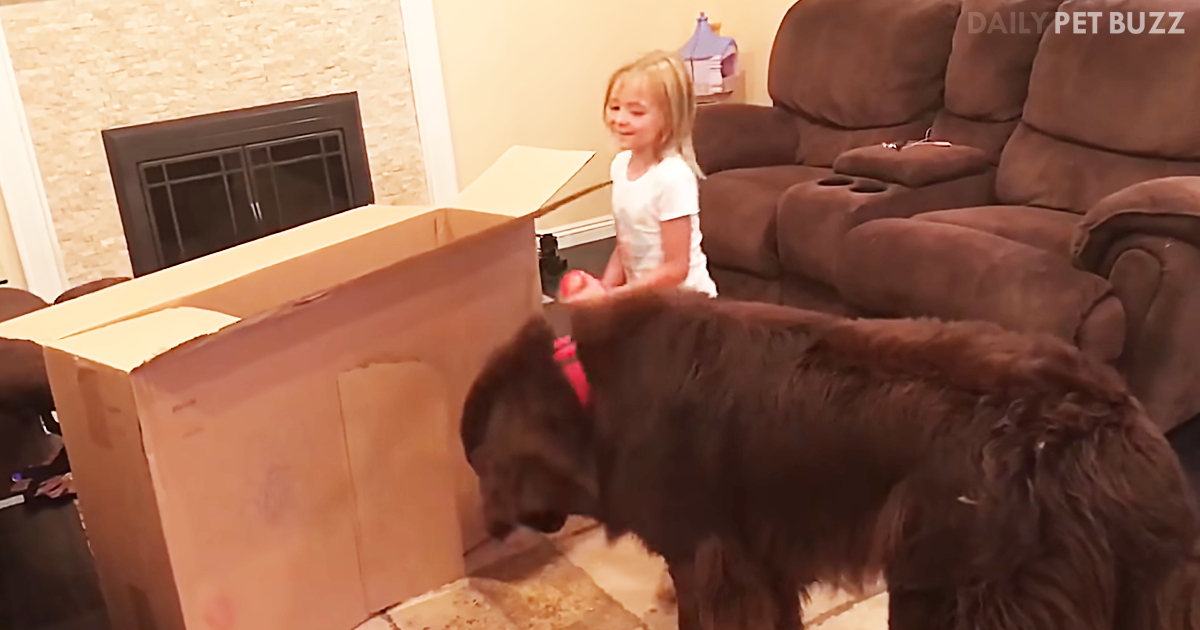 Known for their loyalty and kindness, pups are some of the most beloved creatures on the planet. They support us when we need it, snuggle with us when we’re lonely, and protect us when we’re in danger. They care about us and work hard to prove above all else; dogs just want to be included.

Dogs are incredibly playful and curious beings, and when they see other people taking part in an activity that seems new or interesting to them, they want to join in on the fun. Otherwise, they might become jealous of those around them, feeling out of place and lonely as they watch everyone else have a joyous time.

When this gigantic Newfoundland named Sebastien saw that his human friend, Sierra, had built her own playhouse out of cardboard, he desperately wanted to explore it along with her. Unfortunately, as a Newfoundland, he was far too big to fit properly. His confusion is obvious as he tries to follow Sierra’s lead and fit through the tiny door.

If you pay attention, you’ll notice that he even moves behind the box to try and search for another way in. This is the most adorable thing you’ll ever see. He’s so determined to play with his friend in her new kingdom, and it shows in his attempts to get to where she is.

Dogs are too funny. It’s amazing what they’ll do to be part of the group. You don’t want to miss this adorable video. This Newfoundland couldn’t be cuter if he tried. That little girl is lucky she has such an excitable friend to play with. This isn’t one of their normal hide-and-seek games that you may have seen before, but it sure is adorable watching Sebastien trying to fit in Sierra’s ‘castle.’ 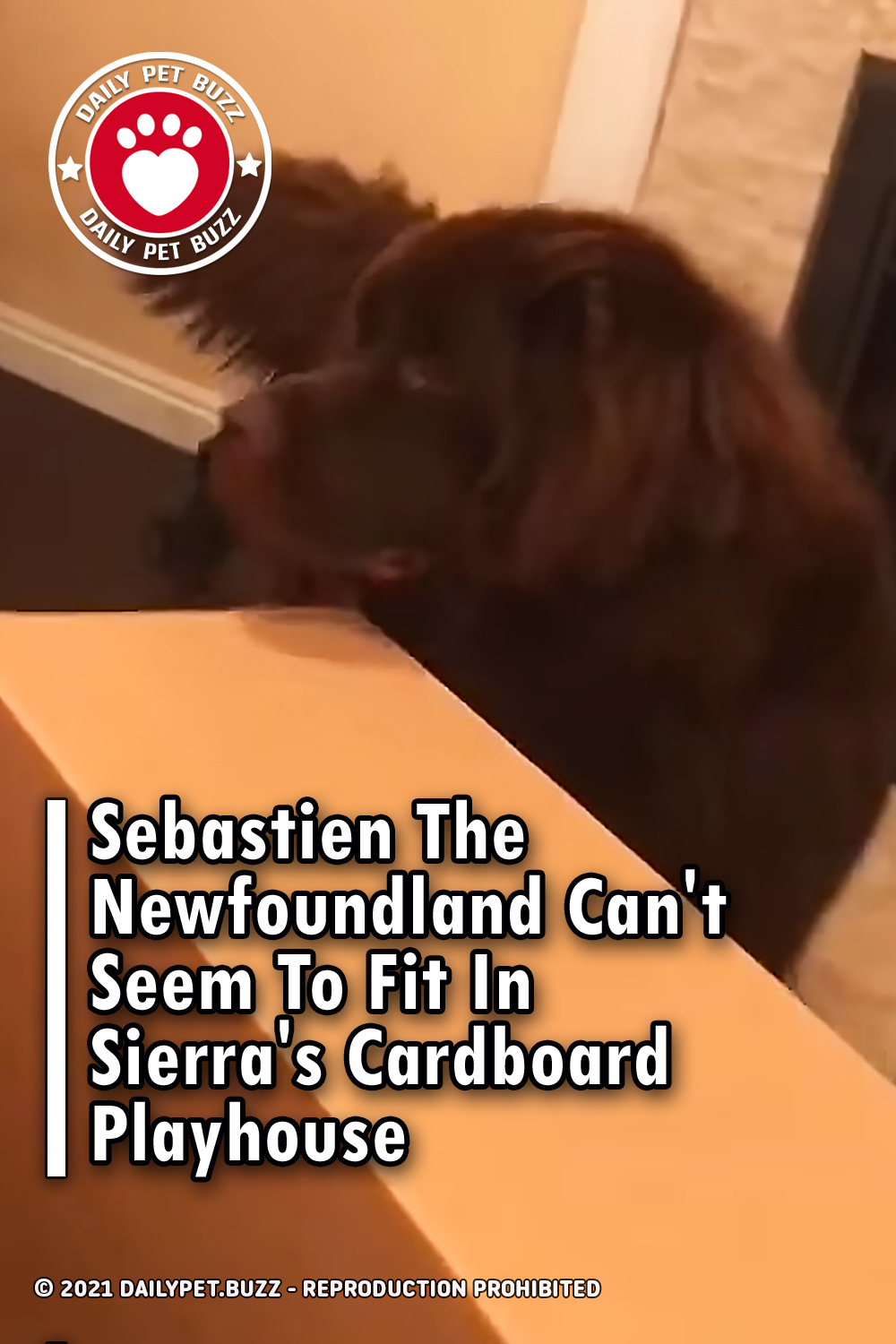