The video above features an impressive dog named Rocko who lives in Nevada with his owners. When they brought home the Great Dane puppy two years ago, the couple had no idea what would follow next. Within a few weeks they noticed that the puppy was growing quite rapidly. Two years passed, and Rocko is now over 160 pounds and stands at about 7 feet tall when he raises up on his hind legs!

His growth spurt hasn’t stopped since he was a puppy. Rocko’s owners think he has an actual shot at being named the Guinness Book of World Records tallest living dog. After watching this video, I would probably believe it too.

According to them, Rocko is really sweet. He cries when he hears an animal in distress on the television and he also climbs up his owner’s lap like when he was a puppy. They say that Rocko thinks he is a Chihuahua. What an adorable pup! He’s like a having a big baby.

Sometimes the biggest dogs are the biggest babies, and that seems to be true for Rocko. His owners knew they were getting a big dog when they went to look for a Great Dane, but when he started growing at such a rapid rate, they were a bit alarmed. But it didn’t matter. They love their big, goofy dog anyway.

Watch the video above! Looks more like a mini-horse, doesn’t he? Let us know what you thought about this clip in the comments! 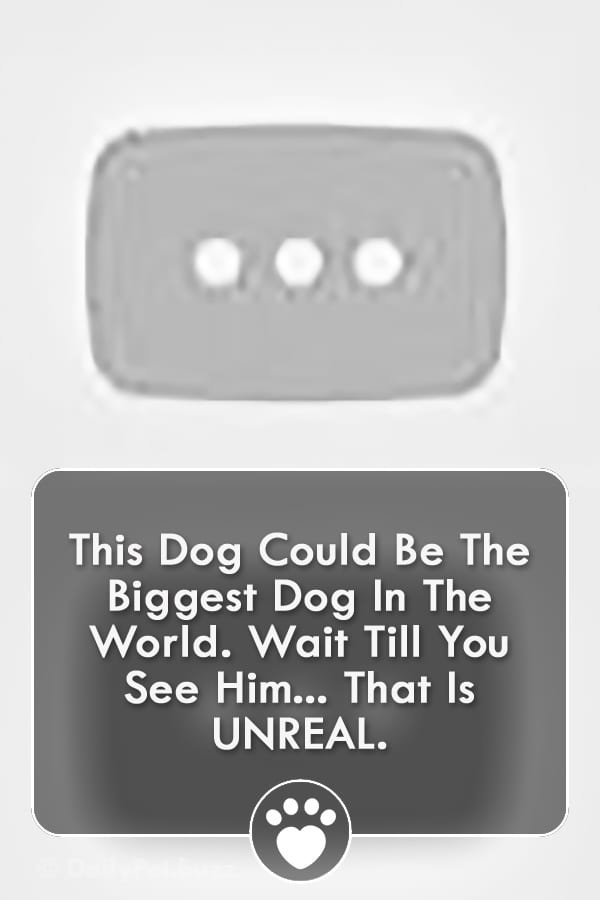