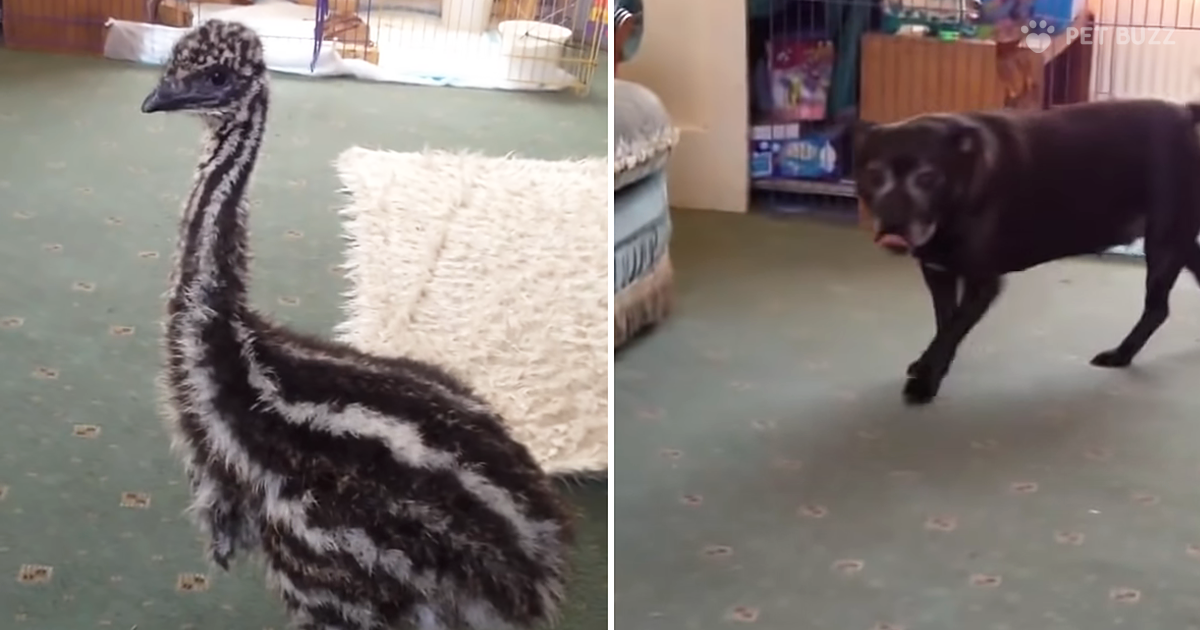 Can you imagine sitting there in a brand new place – you’re exploring everything – trying to find anything new and cool. Just when you’re starting to feel settled in and relaxed, a giant creature that you have never seen before lumbers into the room. You don’t know if it’s friend or foe. What would be your reaction? Well, this video shows a very interesting first meeting between two animals.

We see a baby emu hanging out in his daddy’s living room. He’s just walking around, getting the lay of the land, wondering what this place is. Then, all of sudden, there’s a visitor. It’s a rather large dog. The emu has never seen a dog before, so he has no idea what’s going on here. In a flash, he’s running and also rolling around. It’s a hilarious sight to see and the dog is paying him no mind, even running back and forth out of the room without seeming to notice the little guy.

The emu doesn’t seem to know what to make of this dog. Then again, who knows how long this emu has actually been walking on the Earth? He’s set off in a tizzy and his daddy actually has to block him with his foot when he either charges at the dog to sniff him or give him a peck. I can’t imagine what it would be like if I suddenly saw a strange creature to me when I was a baby, so I’m going easy on this little guy.

There’s some question if the emu is really happy to see the dog or if he’s itching for a fight. When he spins on the ground, he might have been trying to kick the dog – though he’s so adorable, so let’s just say that he’s excited to see the dog. It’s not like he nips at him with his beak. Hopefully, the two of them finally settle down and become good buddies – or the emu got to go to a sanctuary.

Check out these delightful new friends playing around the room in the video we have posted just below. 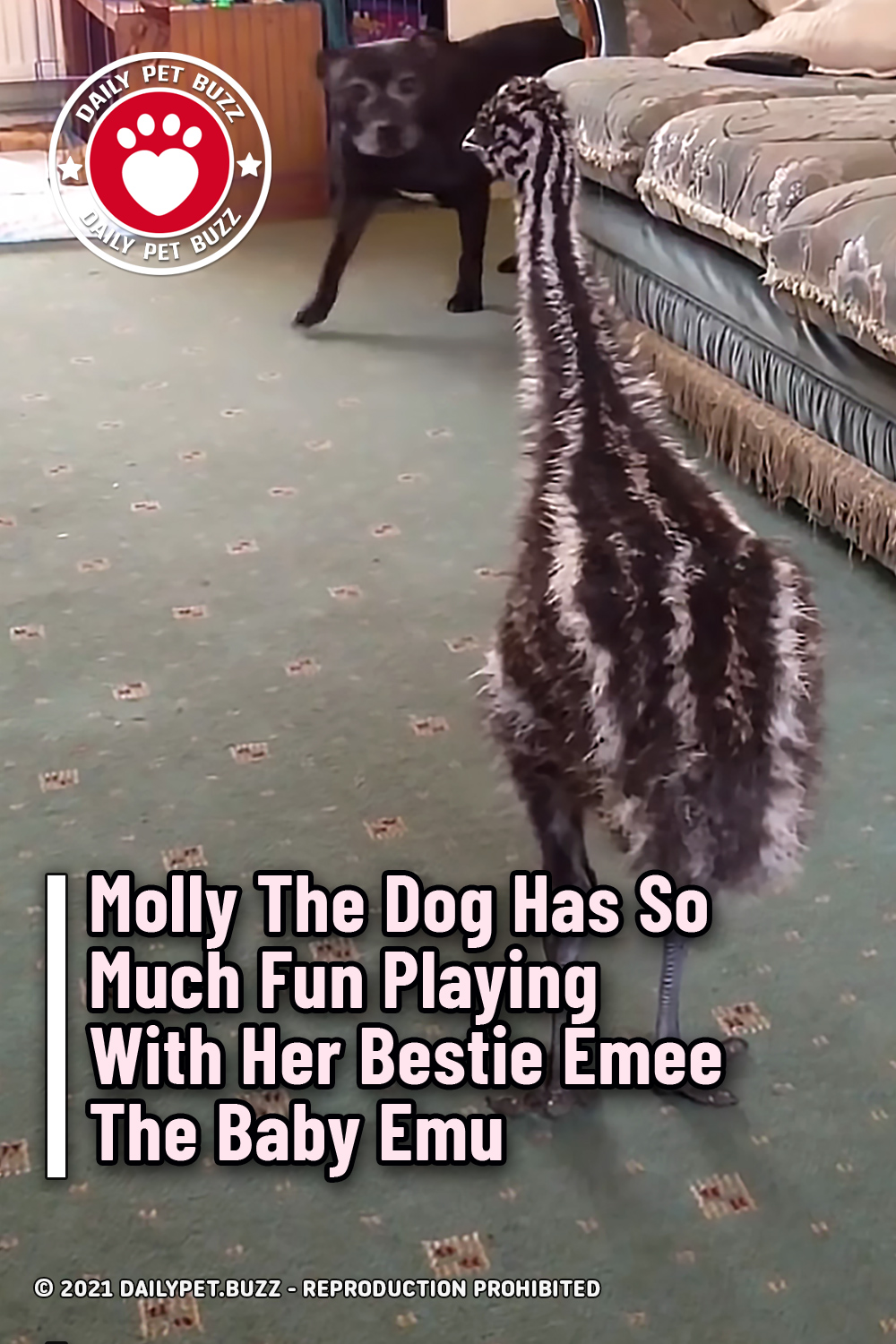