It’s no secret that dogs hate baths. If dogs could speak, they would have given us a piece of their mind every time we try to bathe them and after we have successfully bathed them. Don’t you ever get curious how that conversation would go? I anticipate a lot of nagging from most dogs.

In one of the videos by Talking Animals, they decided to dub a very wet dog going crazy wiping his wet hair off on everything he could possibly find: the carpet, the wall and even on his human. The wet pooch is so angry he’s rolling, shaking, running and nagging”all at the same time. It takes a lot of angry energy to be able to multitask the way this dog does!

It doesn’t take much to realize that this dog, or any other dog for that matter, doesn’t talk. This video is nothing more than a cleverly dubbed piece of material, but it is so funny! This poor dog clearly hates being wet, and his owner took full advantage of his hilarious reaction to record him with a voiceover. The result is pretty entertaining.

Watch his hilarious rant. He’s so mad he can’t stop shaking, rolling, and running around while ranting. It takes a lot of pent up anger to do that. Poor buddy, but bathing is an important part of life. He’ll probably never realize that, though. 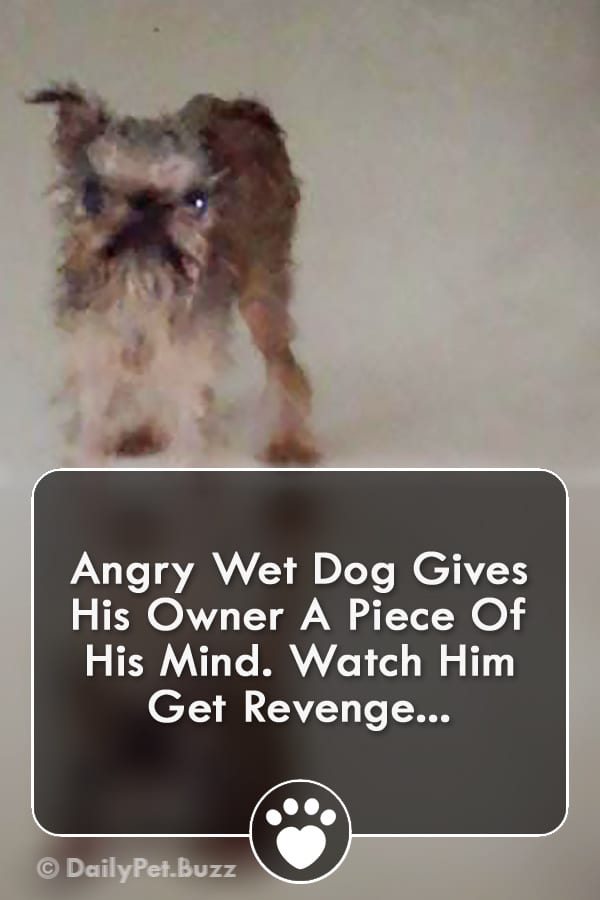