The relationship between people and animals is a complex and long one. People and animals have interacted since the beginning of time, and this has been documented throughout history. There have even been some cases where animals have helped people in distress. This is something that continues until today.

The first time I heard of something like this happening, I was about 8 years old. It turns out one guy and some friends were in the middle of the ocean. They were studying marine life and taking some samples. It was actually a very nice day, sunny, no clouds on the horizon. One of the guys had just returned to the boat to change the batteries on his underwater camera.

He had been in the water for maybe just a few seconds when from under him came a dolphin who was swimming nearby. The dolphin got under the man and pushed him to the surface. This allowed the man to breathe and when one of his friends saw that something was up on the surface, he went to check it out.

The man regained consciousness once he was back on the boat and his life was saved thanks to one dolphin who decided to lend a helping hand – or fin, that is. This is not the only animal rescue case that I have heard of. Fortunately, there have been many more cases where the human has saved the animal’s life. One of them occurred when a hunter heard what he thought was a trap in the distance. He went to check and found a beautiful gray wolf with one of his legs in the trap. He carefully proceeded to free the animal and even took a picture of the animal resting next to him once he had freed the animal’s paw.

The next video features a man who is driving his truck when he sees a familiar sight. What he sees is an armadillo. The animal is making a hole in the ground. Now, contrary to what you might think, the armadillo is not digging a hole to get away from the man. The armadillo is trying to get water. The terrain is very arid, the weather is sunny and hot, and there are no signs of water anywhere near. The man then does something that will make your day! 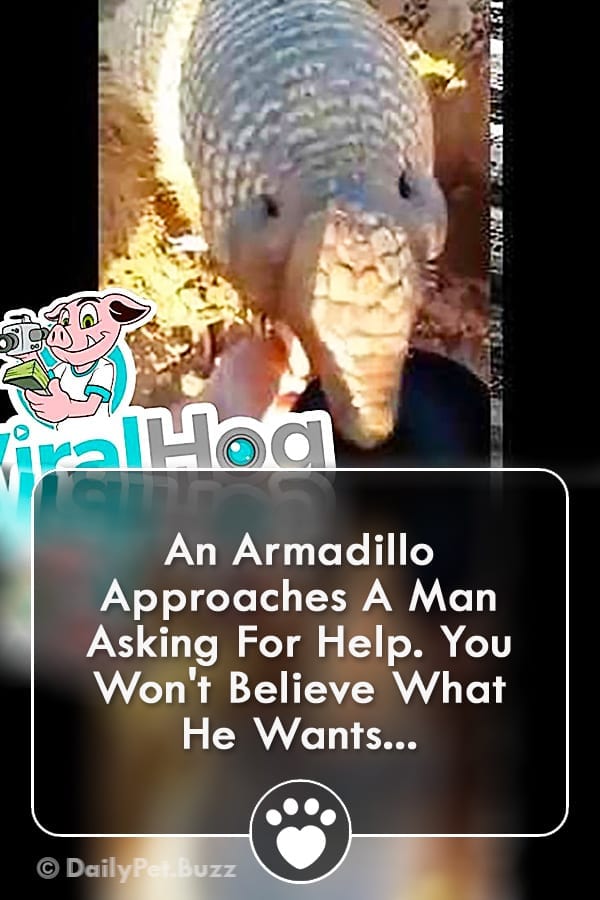