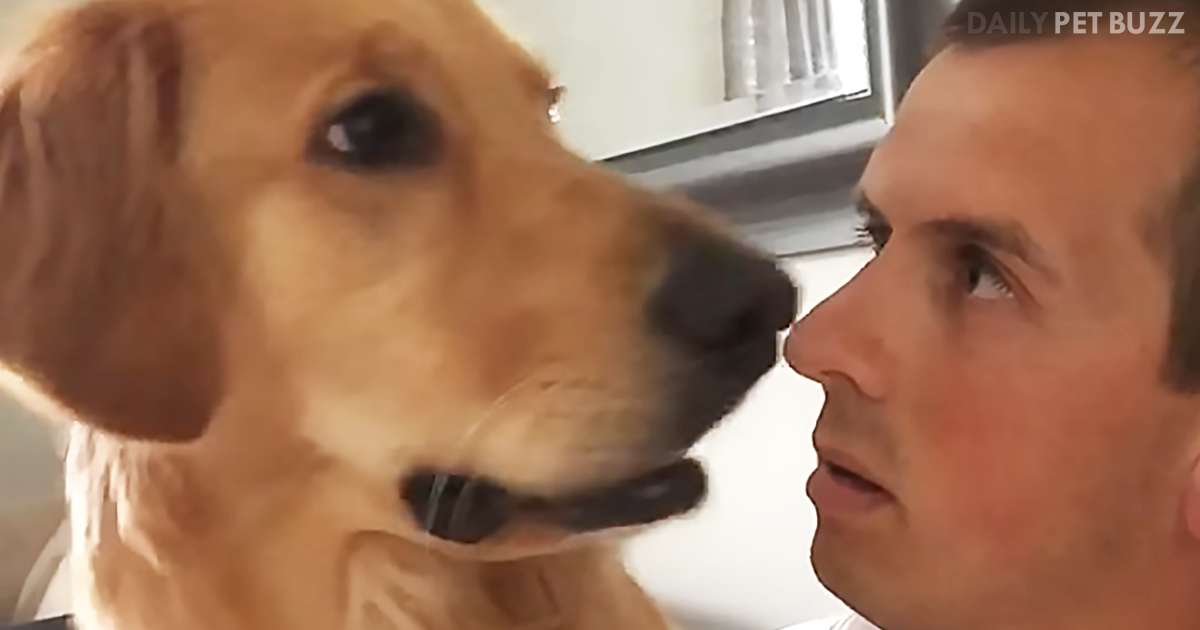 How would you react if you found out that you were going to have a new sibling in the house? Human children usually react with either glee, ecstatic in that they get someone else to play with, or sadness since they will be no longer be the sole focus of the house. Sometimes the emotions follow each other from one minute to the next.

Now imagine you’re telling your dog this. This video shows one possible way it could go. We see a Golden Retriever sitting on his dad’s lap. The dad has some very important news to tell this pooch, who apparently has spent years as the sole dog of the household. He’s going to get some company in the form of a little puppy.

Of course, they can’t just SHOW him the puppy. That would be too easy. They have to tell him – which makes him turn and look at his daddy with a puzzled expression. The key here is the phrase ‘baby brother,’ which makes the golden retriever’s face freeze in an ‘Urrrr?’ expression. He does this not once, not twice, but three times.

He’s clearly confused by what his daddy is saying. It’ll take his seeing the new puppy right there in front of him to understand what’s going on. Until then, his family can bask in the quizzical expression on his face.

I loved this video. This dog is up there with Denver, the Golden Retriever, for doggie facial expressions. Don’t miss this hilarious clip below – this funny pooch is bound to brighten up your day. 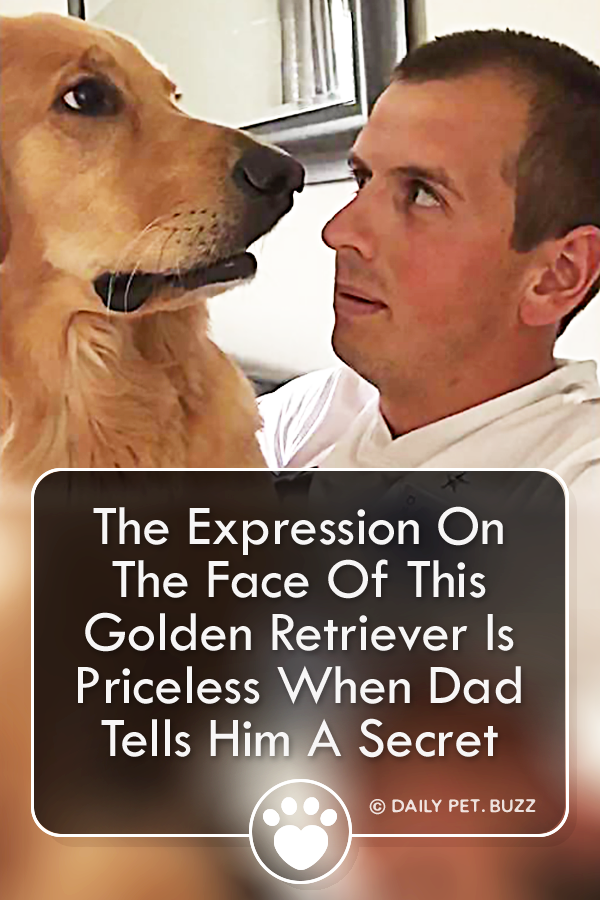