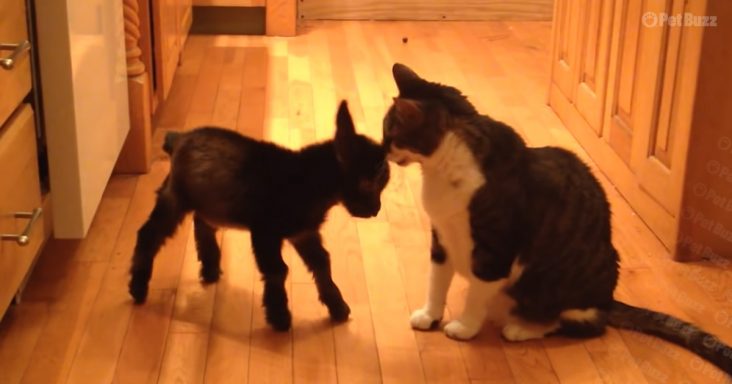 A baby goat prepares himself for what could be his more daring attempt at making friends. He sees the cat walking by, trying to avoid him, but he won’t let him that easily.

Using his small legs and tiny hooves he jumps up and down the hardwood floor. Trying to psyche himself up, he looks straight at the cat blocking his apparent path.

Though the cat simply walks past him, and as he does the goat lowers his head, in a charging position. But he makes no motion to rush, just practicing for the dangerous move.

Maybe the goat has had dealings with this cat before, that is why he is trying to be very cautious. Or perhaps he has an inkling that cats should not be messed with.

After getting close a few times, the baby goat seems to be dispirited. He gets a push by a giant hand that seems to want him to play with the cat.

The goat is back in business and more excited than ever. The cat isn’t getting away from him now. And even after all that he has done, that cat could have left but he never did.

As the cat takes a seat on the floor this is the moment the goat chooses to headbutt him twice. It goes well until the cat tries to bite him. That’s when the goat knows he’s done well and decides to back off. 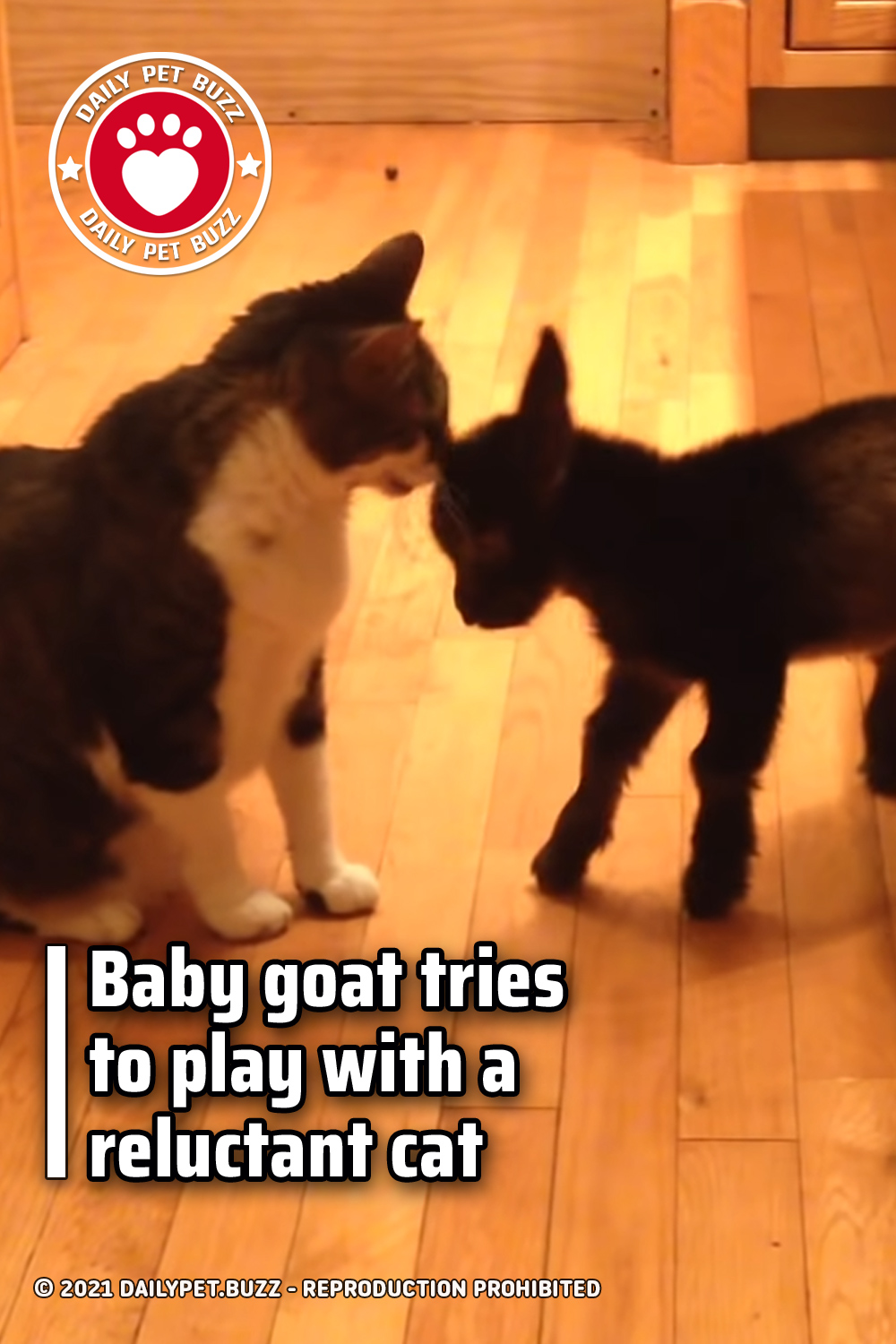