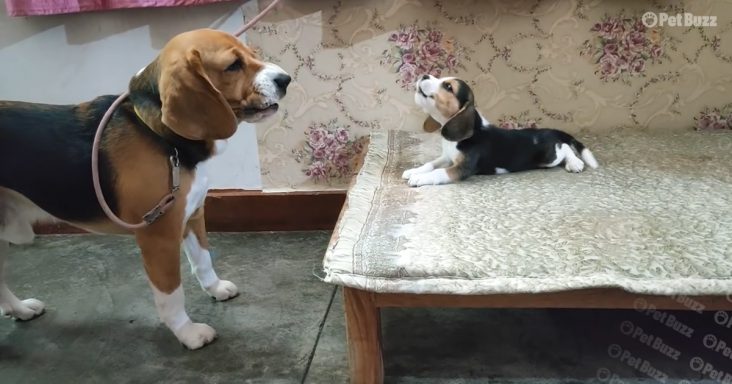 Beagles are very playful as shown by the pup trying to bite her father on his floppy ears. When he won’t return her playfulness she begins to bark adorably at him. He is hesitant for a moment then begins to bark back at her.

Beagles are known to be a very playful and loud breed. This is proven by two Beagles sharing a very innocent interaction with one another.

One Beagle pup on the bed faces her father who is standing on the floor, tied to a leash. She begins by trying to nibble on his ear, and he quickly backs away.

She begins to bark at him, and he is surprised. They exchange howls, clearly having a lively conversation. Even if her father is louder, she doesn’t back down.

He backs off a few times trying to get away from her but he can’t. It seems he’s trying to make sure she can’t take another playful bite at him.

They share more barks and by the end, the little pup is hopping and jumping across the bed, tail wagging happily. Her father might be annoyed but she is having loads of fun. 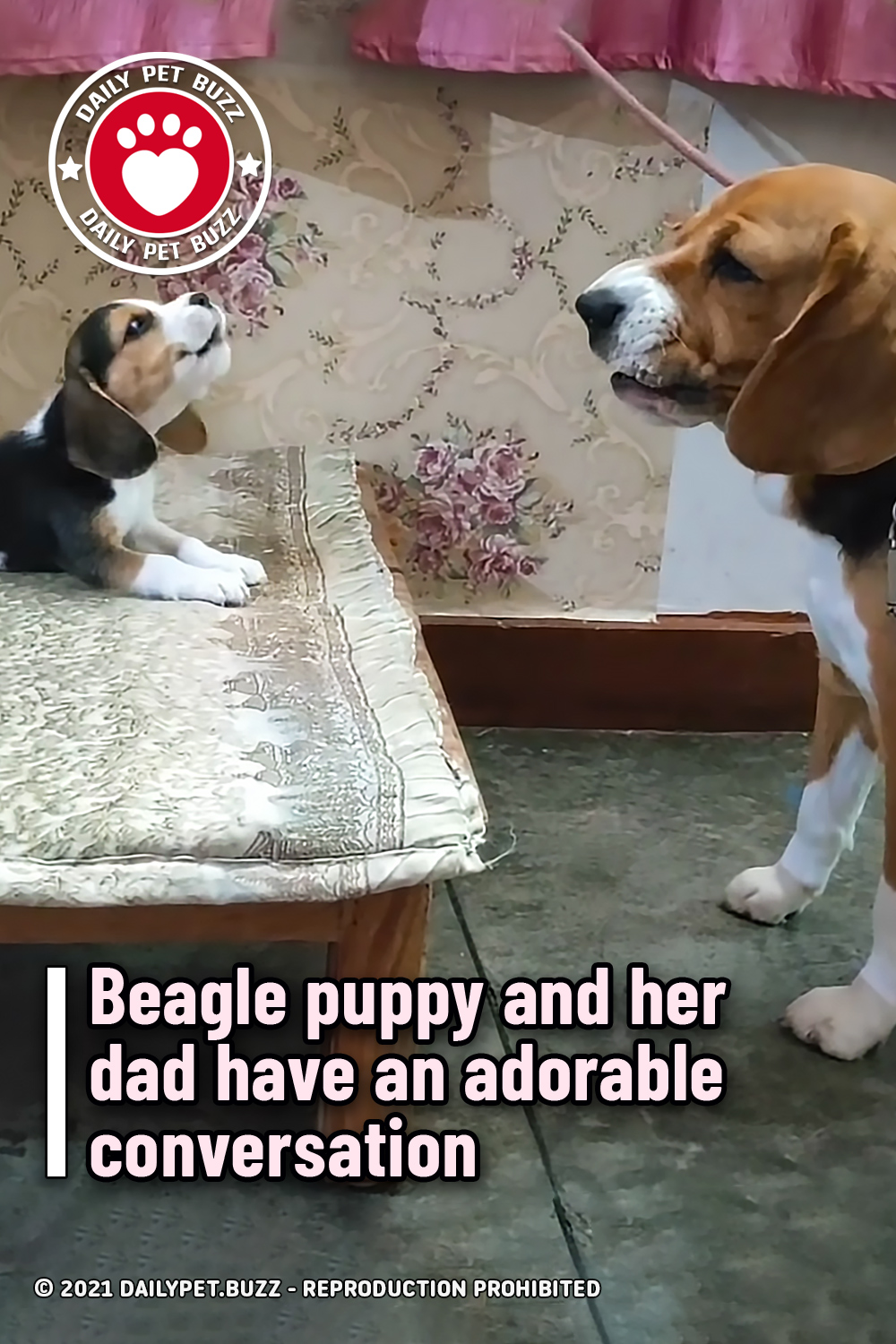