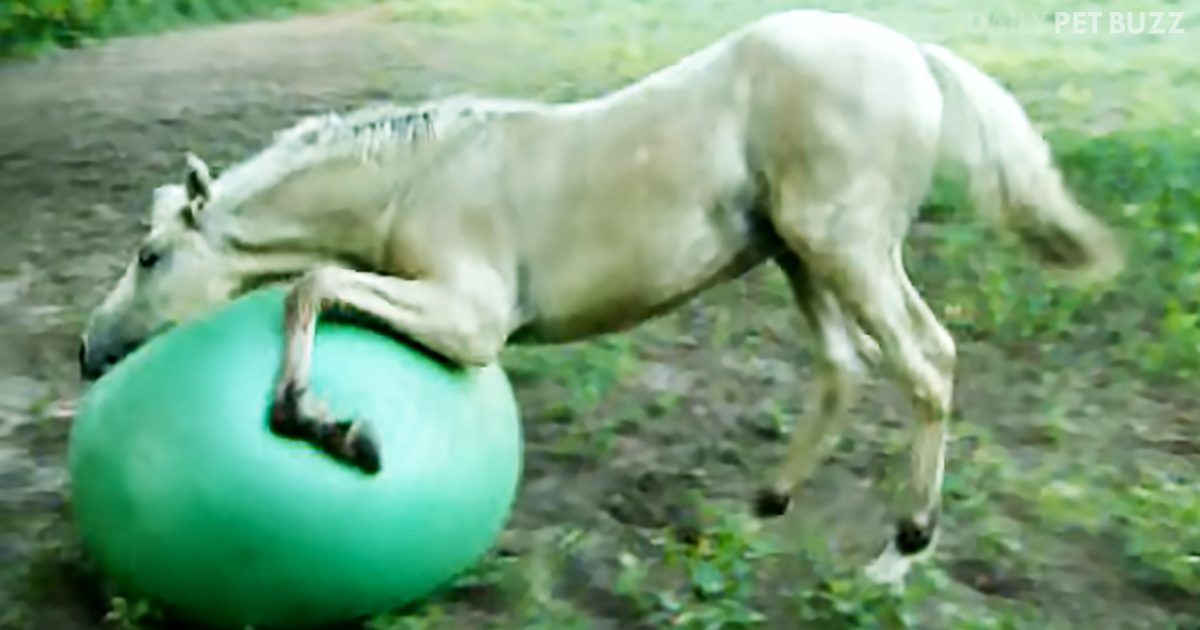 The lively horse featured in the video below is named Cruz. Cruz is only four months old in this video, but this little colt definitely knows how to have fun. Cruz has found a new best friend in a ball, namely, the ‘Green Ball.’

This is the second time he is playing with his friend, and he sure can’t get enough. The uploader of this video says in the description that Cruz did not get hurt after the ‘pounce off’ at the end and went back to playing with his ball later until the ball went completely flat. He was having so much fun; you can practically see the smile on his face.

Cruz seems to love the squishy feel of this ball and tries to lay on it, or at least lay his head and neck on it. He kicks it, swings it around, pushes it, and runs behind it. It’s very entertaining to watch. Cruz is a very young horse who has some growing up to do, and perhaps that’s why he finds this ball so entertaining.

It looks like his mom is by the fence, and she has no interest in the ball whatsoever. Maybe she’s too mature for that. At the end of the clip, there is indeed a ‘pounce off’ where Cruz ends up lying flat on his back on the ground. But he hops right up again, and he isn’t done with this ball yet. 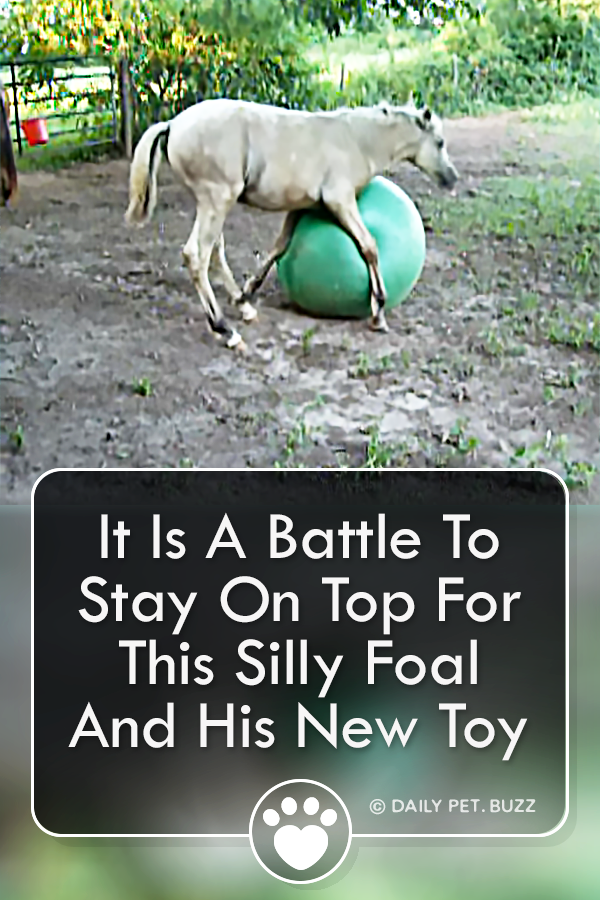