It’s all part of having a dog: Coming home and finding SOMETHING that’s been wrecked. It might be a blanket, mail, you name it. It’s actually a small victory to return to a home that’s still in the same condition as you left it. Then comes the next part ” how to show your dog that what they did is wrong. You love your pooch and you don’t want to upset them to the point that they become resentful. Then you’ll have an even BIGGER mess. Then there’s what this dog doe when confronted –

We see a dog named Daisy sitting on a sofa. It seems like she’s been a bad dog and her daddy wants to remind her of this. Of course, when you confront someone with something wrong that they have done, it doesn’t always go to plan. Well, we just have to look at the most recent Presidential campaign to see what happened there. So it’s not surprising to see that she just looks away in denial.

Of course, the obvious reason that Daisy is refusing to show guilt ” she actually doesn’t remember what she’s done. The only way to even effectively get a dog to feel some shame about it is to catch them right in the act of what they are doing. Showing it to them later is only going to make them feel a vague sense of shame , but they are not sure of what exactly they are ashamed of.

This is a silly video, and her daddy is going about it the right way ” he’s not yelling, hectoring, and his scolding has the mildest of tones. That’s why Daisy is just lifting up her head and looking around. Yelling at a dog after the fact makes no sense, and it can create a very neurotic pooch in the process, since they will become afraid of everything. Daddy is just going to have to hang this stuff up even higher.

Even though Daisy made a mess, isn’t still SO adorable? I’d forgive her in a heartbeat. Wouldn’t you? Tell us your thoughts in the comments section! 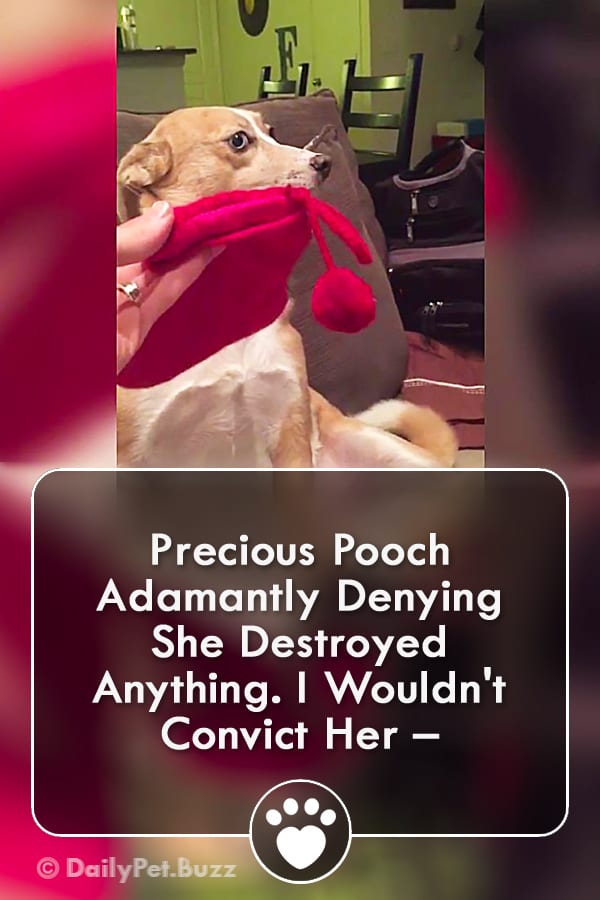