Introducing your baby to your pet can be truly nerve-wracking. You don’t know how this animal will react to suddenly being put in second place on the family priority chart. They’ve been used to being the center of attention and the loss of that can upset them. There are even some people who have had to send a pet to a shelter or to a relative if the animal cant’ adjust.

This video, on the other hand, has none of those concerns. A couple had a baby and they kept their dog, a beagle, and the baby apart for several months. They didn’t want the dog to see him when he was the most vulnerable. They finally decided on a day and they recorded it. It’s so precious. The dog is CLEARLY smitten with the baby. He licks his face and rolls onto his back for a belly rub. It’s one of the cutest things I’ve ever seen.

What really brought a smile to my face is that the beagle clearly recognizes that this is a baby. There’s a moment when the baby grabs him in the face and he doesn’t flinch, snarl, or bite. Instead, he licks the baby’s face and flops over on his back again. My cat was the same way with my son. He knew he was young and tolerated any roughness. Heck, there was one time both were on the sofa, my son flopped over and fell asleep on his back. The cat did not move a muscle until my son woke up.

Putting a baby with a dog or cat for the first time can be stress inducing. Will they get along? If the animal rejects the baby, could they move fast enough to grab the baby out of harm’s way? The situation has to be just right, where a mommy or daddy could intervene within a second or two. Any concerns this particular family might have had were erased nearly immediately.

Yet ANOTHER awesome video. What did you think? Did you like it? Let us know in the comments! 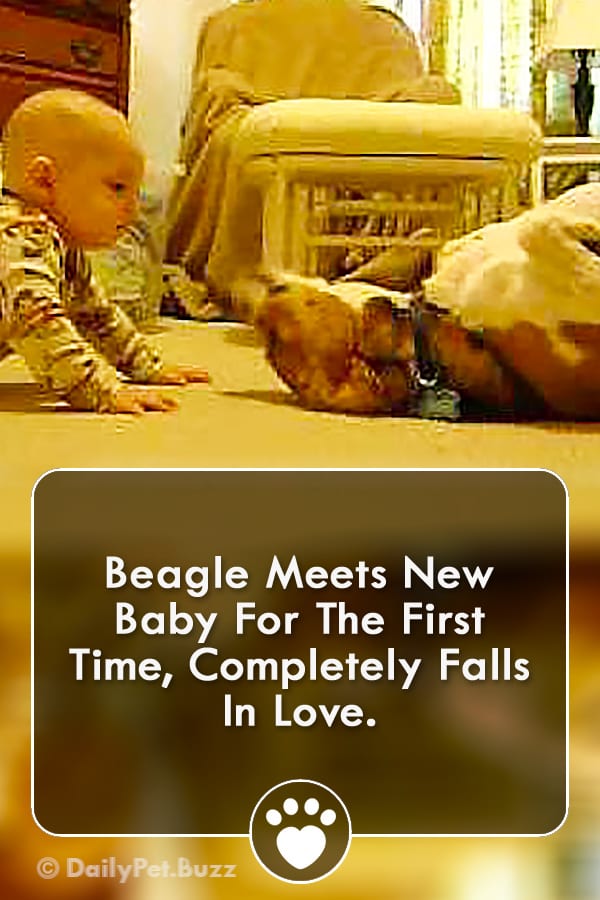