The adorable dogs that we see all over the internet serve a million purposes, from therapy dogs, military trained specialists or K-9 heroes. However, what they all have in common is that they will always do everything, above and beyond to help their human best friends. Doggies like the ones that take part of the police efforts and operations suffer the risk of being injured or even killed. Just like police officers, the four-legged heroes sometimes lay down their lives to help in the fight against evil.

Todays heartbreaking story honors one of these brave companions. Kye an Oklahoma City K-9 officer, took part in an operation to catch a knife-toting thief. The 3 year old German Shepherd, was unfortunately stabbed by the suspect during the chase, his handler righ then fatally shot the suspect. However by the time Kye was able to receive help, his would had claimed his life.

His sacrifice moved the whole force and they decided to honor his selfless efforts, with tears in their eyes they prepared to give them an honorary funeral. In order to save his companion, he took the knife that proved mortal. You’ll be moved to see how they gave him a send off fit to the bravest of heroes!

Please share this beautiful video!  A testament to the bond shared between humans and dogs! 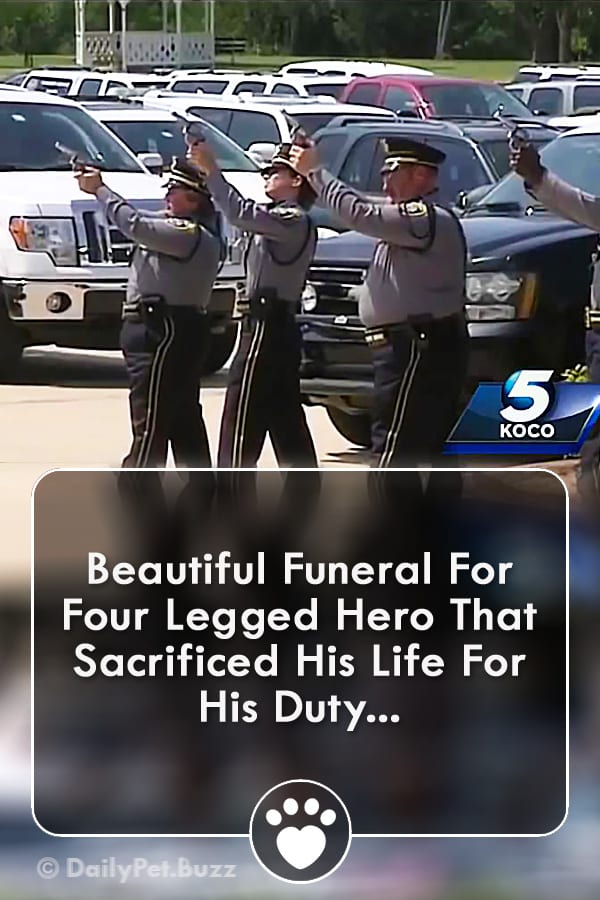