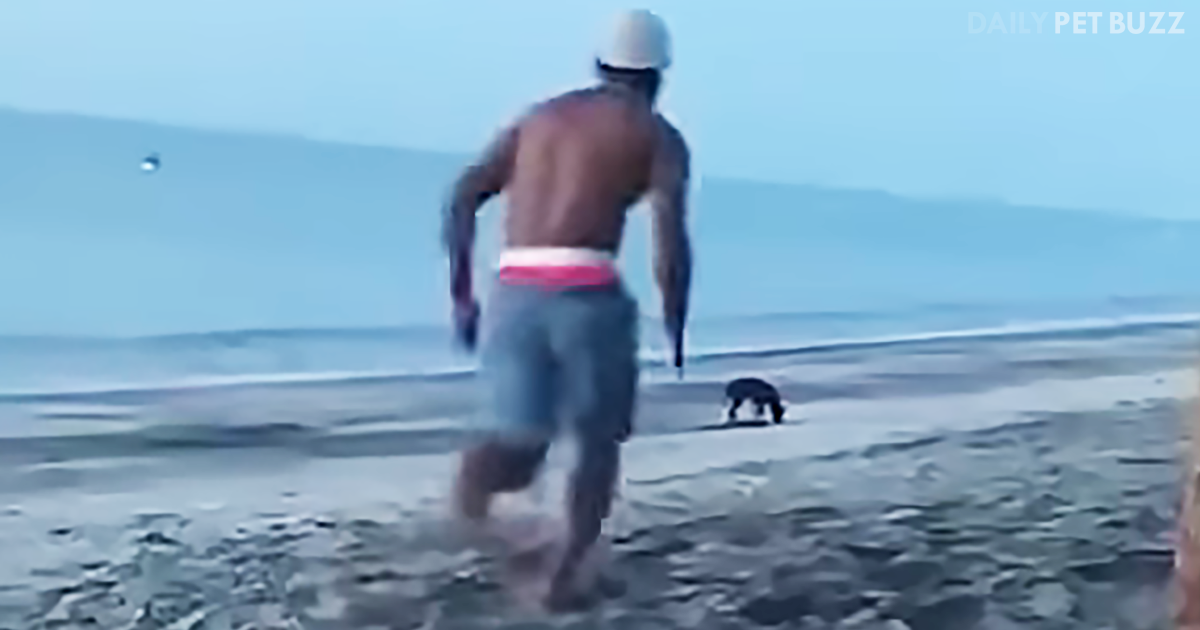 Humans have been living alongside other animals for their entire existence. Despite that, many of us are convinced that animals are inferior because of how far humans have come in comparison. There’s no shortage of abusive stories that involve people mistreating animals for no reason other than because they can.

The man featured in this video is a prime example of someone who thinks he’s better than the world’s other creatures. He was with his friends at the beach when, to show off his superiority, he decided to run over and chase down a homeless dog just so that he could kick him.

Just when he was about to perform this act of abuse, he was met with instant karma. Anyone who tries to bring harm to an innocent animal deserves whatever’s coming to them.

When the man goes after the dog, he ends up clumsily falling over. That wasn’t the end of it, either. The dog started chasing the man instead of being the one chased. When the dog’s friends realized what was going on, they joined in on the chasing.

You won’t believe how much trouble this man finds himself in. This poor pooch hadn’t done anything to deserve being sought after. Totally unprovoked, the man just wanted to prove how tough and mighty he was compared to helpless animals, and the homeless pup seemed like a perfect and convenient target.

Little did the man know, he was in for a shock when a pack of strays swooped in to save the day and make a fool out of their newfound enemy. Wait until you see how they faced off against the bully. You won’t be able to help but smile.