It was a shocking scene: a vehicle stops, a door opens, and a dog is forced out. Then the door closes and the vehicle pulls away, leaving the poor dog trying to chase after it. Unfortunately, this sort of irresponsible abandonment of unwanted pets happens all the time. But it’s seldom captured on video.

Alan Ashurst is a codes enforcement inspector in Kansas City, Missouri. A lot of his work involves dealing with people who dump trash illegally. One of his techniques for catching them in the act is setting up hidden motion-activated video cameras in well-chosen locations. That’s how this case of dog dumping was recorded. Ashurst wasn’t happy: “When I saw the pictures, I went into a little rage blackout.”

At first, Ashurst wasn’t even thinking about finding the dog. “I hadn’t even thought about the odds of catching the dog. I was focused on who this guy was, and who would do this kind of thing.” But soon he was in touch with Eron Dawkins, a Kansas City animal control officer. The two of them actually managed to find the dog, named Mojave, using some tasty food as bait. They took him to an animal shelter where he got a checkup and was neutered before being put up for adoption.

Unfortunately, animal dumpers nearly always get away with it. As Dawkins points out, “It’s not too often we deal with cases like this where we have good photographs that give us a head start, as far as the investigation is concerned.” Thanks to the video, Mojave’s former owner was going to have to answer to four animal-related offenses, including violating Kansas City’s ordnance prohibiting un-neutered pit bulls. Meanwhile, Mojave was adopted almost immediately! 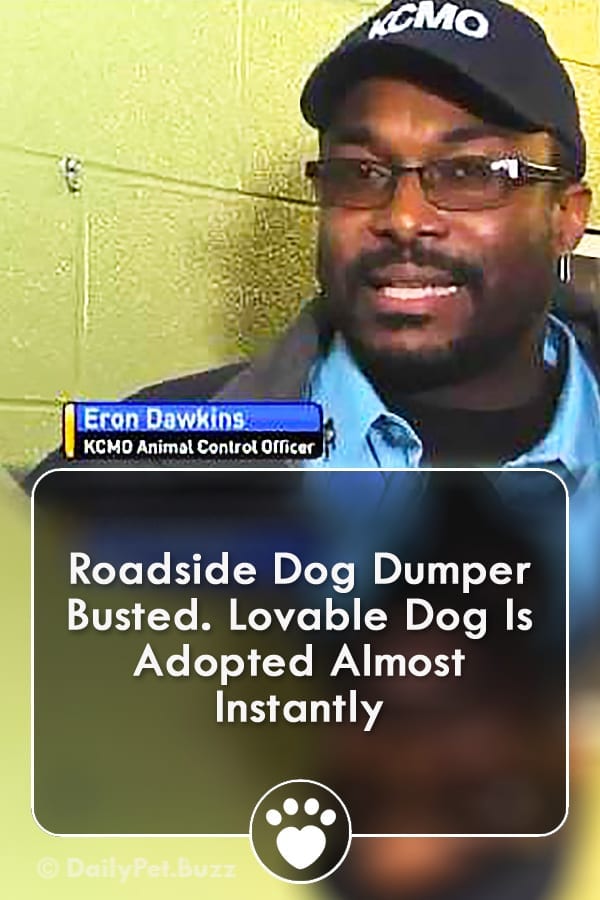