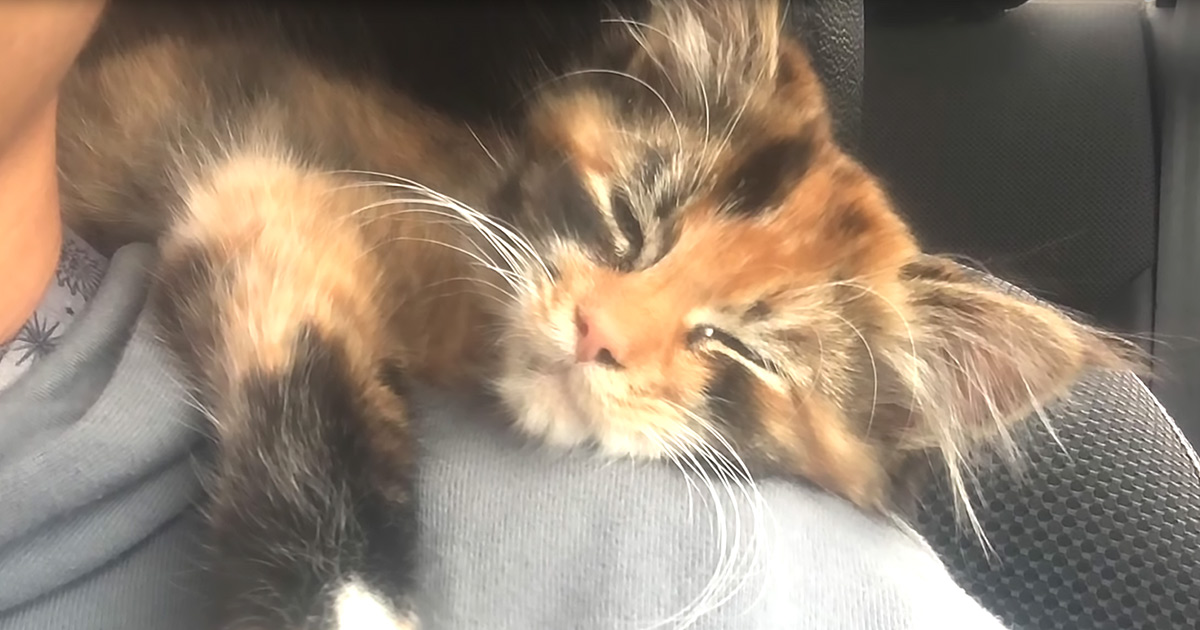 When Adam Laigo invited friends to his apartment for game night, he never expected a new friend to show up and stay forever, but that’s what happened. During a break in the game, while his friends had the front door open, a gorgeous calico kitten wandered up and tentatively stepped into the apartment.

She abruptly bolted back out when something startled her, so Adam sought her out and then coaxed her into his kitchen with tuna. The hungry little kitten immediately devoured his offering, earning her a new name: Tuna. Adam and Tuna became instant friends, even sharing a bed that first night, with Adam reporting that Tuna enjoys sleeping under the covers.

Adam took the kitten for a visit to the veterinarian and she received a clean bill of health once she was treated for the inevitable parasites a kitten would acquire on the streets. He did his due diligence to ensure he was not taking a lost pet from any of his neighbors, and after no one responded to his attempts to find her previous owner, he interpreted it as a sign that he and Tuna were meant to be family.

A playful, energetic kitten, Tuna loves to play fetch with the toy mice Adam throws for her, repeatedly bringing them back for him to throw again. Clearly, this is a match made in heaven. Tuna found a home the day she meandered into Adam’s apartment, and he found a best friend. 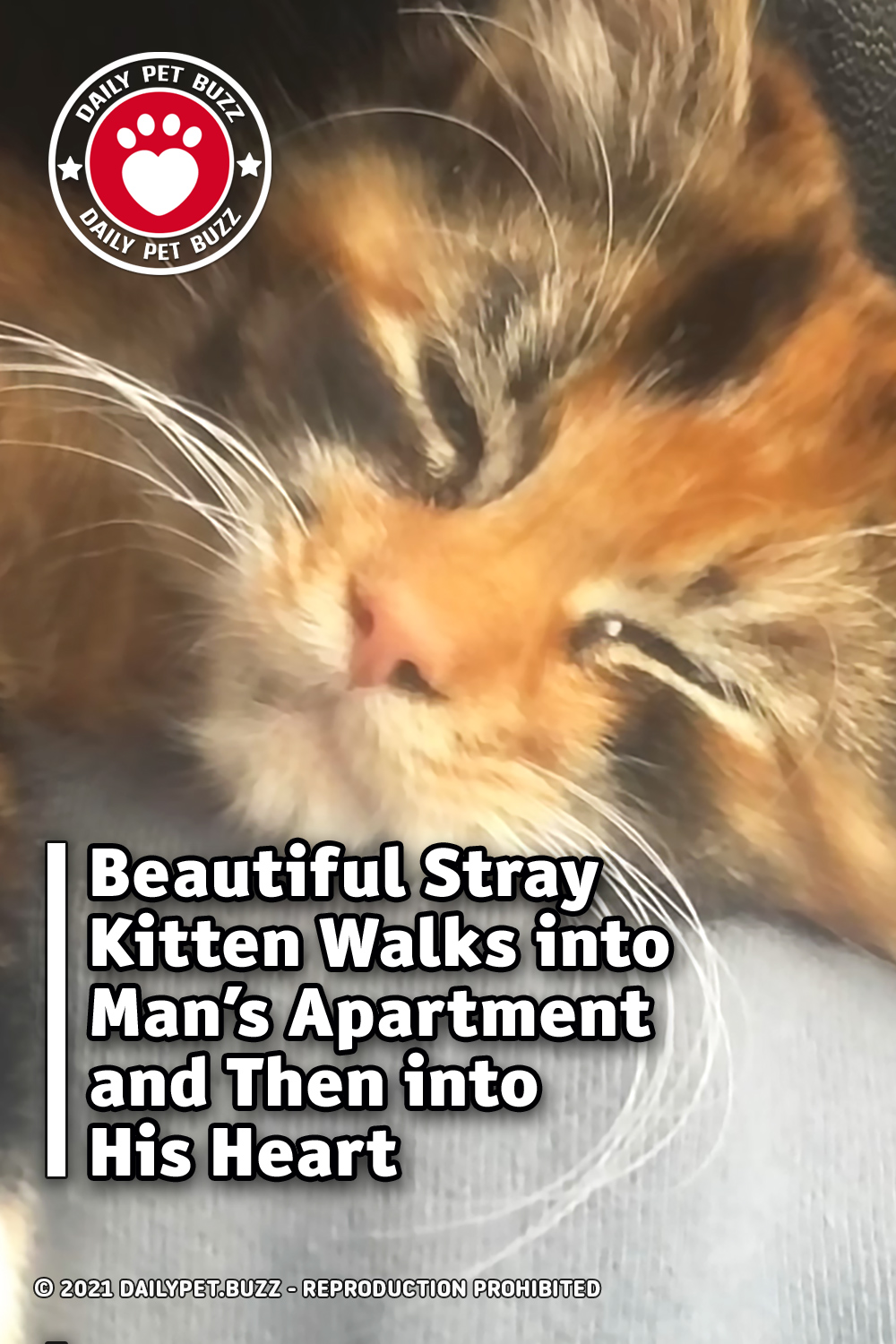