Animals find the strangest things to play with. One of my cats is way more entertained by my wife’s hair scrunchie than his own toys. He also loves pens, puzzle pieces, and anything else you can think of that are not specifically designed for cats to play with. All of that will pale compared to this video here that shows a canine amusing himself with a piece of Americana from a time past.

We see a golden retriever running around a backyard with a hula hoop. He’s not holding it like it’s a Frisbee, with it pointing out toward people. No, he’s in the center of the hoop and he’s trying to imitate the people who do hula hooping. He would have fit right in with the scene during the 1960’s. Hey, maybe in a previous life, he actually was a hula hoop dog during that era. He’s having a blast, but hasn’t gotten the hang of the physics of it.

This pooh is able to figure out the basics of what people do with a hula hoop, though he hasn’t grasped that they let go of it and have it circle their waists. Then again, he’s wholeheartedly content to just grasp the hoop in his mouth and spin around himself. If he were able to get the hoop at an angle on the ground, he might even be like those people who can spin around on a hoop. That would be something to behold.

I’ll never understand how this pooch could do this without falling over on the grass, so dizzy as to be unable to stand. That would be me if I tried doing that same thing. Then again, maybe he’s like those figure skaters that can spin like 100 times a second and then just skate off like nothing happened. He’s definitely having fun with that hoop ” now if he was able to spin it around his waist – that would be incredible.

Wasn’t this so much fun to watch? Has your dog done something similar to this? We’d love to hear all about it in the comments section. Also, please ‘Like’ us on Pinterest. 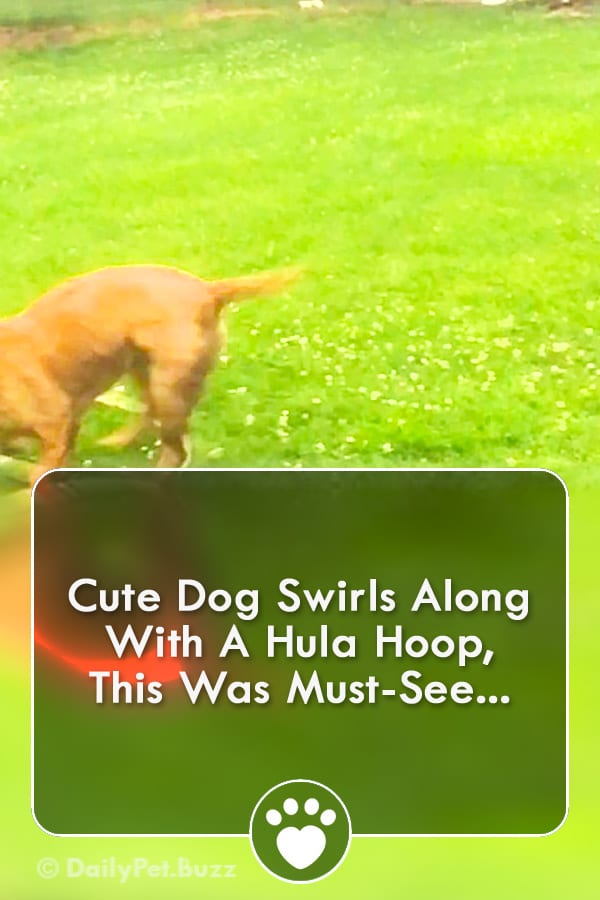