Lorenzo is a French equestrian artist who is often nicknamed ‘the flying horseman.’ His unique routines have impressed millions of people and he has travelled all over the world as a featured performer as well. Most of us can’t even saddle a horse properly, but Lorenzo, on the other hand, started trick riding on his pony when he was only six years old. The clip features some of his mind-blowing tricks!

In this video, Lorenzo shows us some of his signature moves with his trusted team of twelve horses. He and his gorgeous horses did this routine in Camargue, in the south of France. It is an aerial shoot and it is titled ‘Eyes in Air’ . A lot of trust is required when performing such a meticulous routine and you can see that these horses trust Lorenzo with all their hearts, and vice versa!

Lorenzo doesn’t saddle up his horses and ride them one at a time. In fact, he doesn’t use a saddle at all or even sit on the horses. He stands with each foot on a different horse and controls all twelve with a special harness-type device. He barely has to touch them or say anything to them and they perform incredible jumps and what I can only describe as ‘dances’ with Lorenzo. At one point in this video, all twelve horses are running towards him as he stands in an open field, and they run around him only to line up in formation. The trust between him and his twelve horses is incredible.

Watch this beautiful performance! Did you enjoy watching this? Be sure to share what you thought about it in the comments section! We’d love to hear from you! 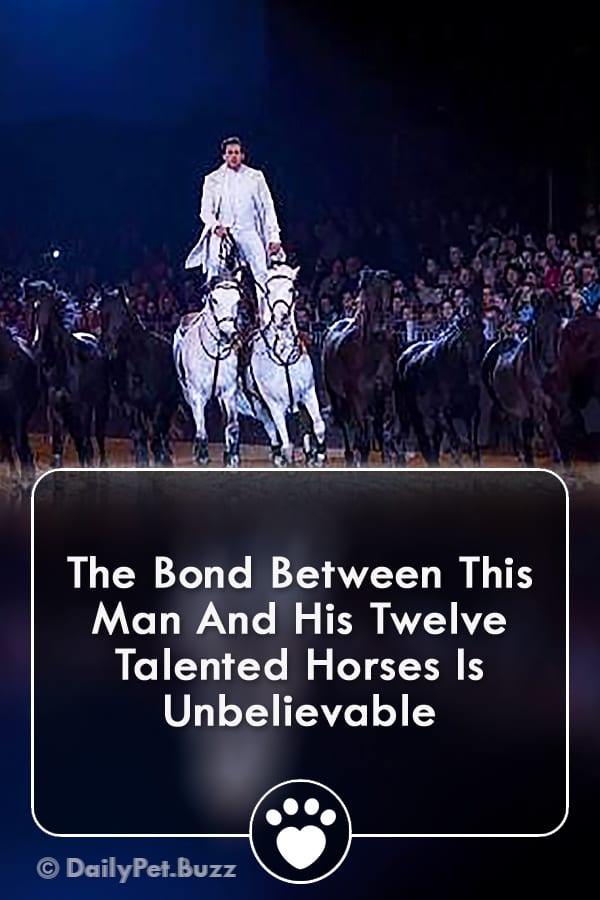