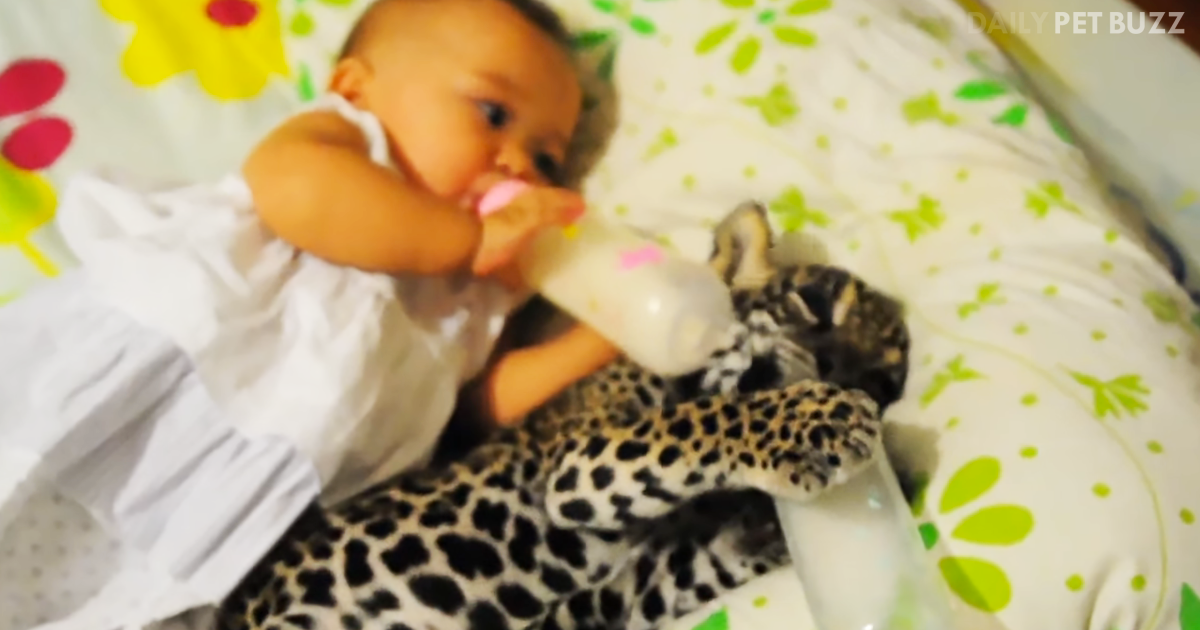 Babies are just so cute when they do anything at all. You can sit there and get entertained by their every move. Yet, when eight-month-old Ayumi needed feeding, she was given her bottle in her crib. She didn’t sleep alone. The crib was shared with one-month-old Juma, a Brazilian jaguar that was rescued from the wild.

Watch how both of them drink their milk as they cutely hold the bottles in their hands/ paws. It really shows how innocent baby creatures are, and this video also shows the amount of trust the baby’s father has in the cub. It may be only one month old, but the fact that his precious eight-month-old daughter shares a crib with the cub means that the cub is harmless.

In fact, Airton Katsuyama, Ayumi’s father, says that introducing the two ensures that people are not intimidated by the creature, which hopefully will lead to fewer killings in the future. He has rescued a large number of wild animals, which includes the jaguar cub, wild dog, snakes, and many more.

His thousand square meter home area in Mineiros also serves as a mini zoo to house these recuperating and rescued animals. For viewers who may be concerned about the well-being of the infant when placed alongside the jaguar cub, need not worry — being so small means that the cub is harmless and only looks to get the same things that human babies demand – food, love, and sleep.

This may have worked when they both were infants, but I wouldn’t recommend trying this if the cub were any bigger. Their strength far exceeds our own, and with young ones in the home, it would be a terrible idea.

After all, breakfast in bed when you’re young works out to be a fine thing, but a few years down the line, the baby could be the breakfast in bed. But all’s well that ends well and kudos to Airton, who devotes so much of his time and energy to rescuing wild animals and releasing back into nature. It’s the circle of life. 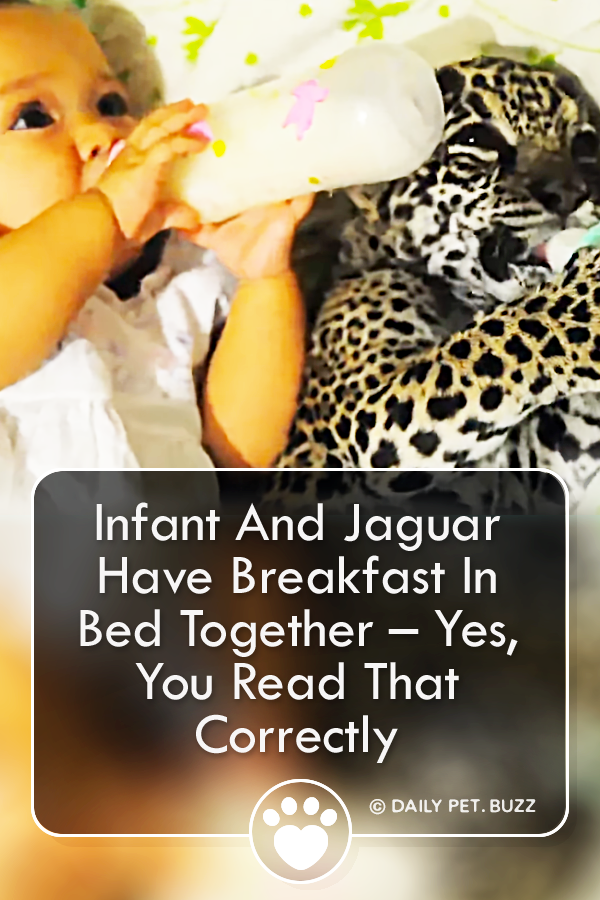