Have you gone to those high-school reunions? You know, the ones when you get to see people you haven’t seen in like 10-15 years. Those reunions have gotten more and more awkward each time. You probably get along with one or two of them and when you get there, they are pretty much the only ones you talk to. You start scouting the area searching for familiar faces while getting nostalgic.

I had my chance to go to one of these reunions very recently. I had not seen them in quite a long time, about 23 years to be exact. We all connected on Pinterest and started messaging soon after. After a few months, someone suggested that we get together and talk about old times. It took us some months to finally agree on a date for the reunion. It would take place in December.

The date got closer and I finally bought my airplane ticket, it turned out that I was the only one who lived very far away from everyone. When I finally saw them, I was very gladly surprised. Seeing everyone after all those years really brought me a lot of happiness. It was as if we had not lost contact. We took several pictures together and talked for several hours.

We left promising not let all that time pass before getting together again soon. There are some cases when animals experience this as well. Elephants are famous for their great memory, so if you were to reunite two of them, they would probably remember each other, right? Well, after 22 years two elephants were reunited in Tennessee at The Elephant Sanctuary. I could not have imagined what their reaction would be like once they saw each other.

The caretakers prepared everything carefully but didn’t know what to expect. Everyone who saw the reunion was also wondering about what would happen. All the bets were on the fact that they would recognize each other. On the other hand, we are speaking about wild animals, and when it comes to them, you just never know how things are going to be.

The time came, and the two elephants finally saw each other. Initially, they were very cautious of each other as most wild animals are. Then, they started to approach each other. They were apparently checking if the other one was friendly when something suddenly happened. It was as if someone had flipped a switch showing who the other one really was. This is a moment that will touch your heart. 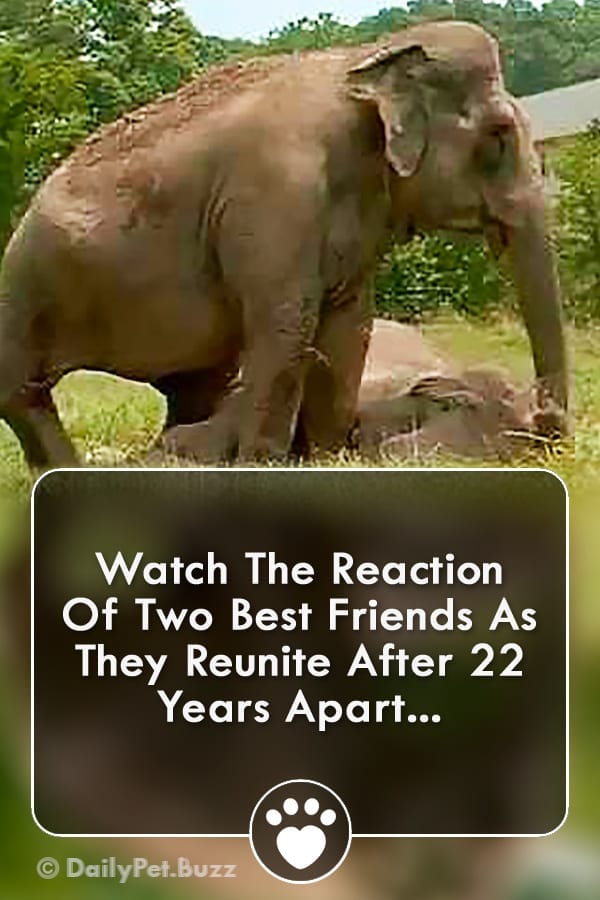