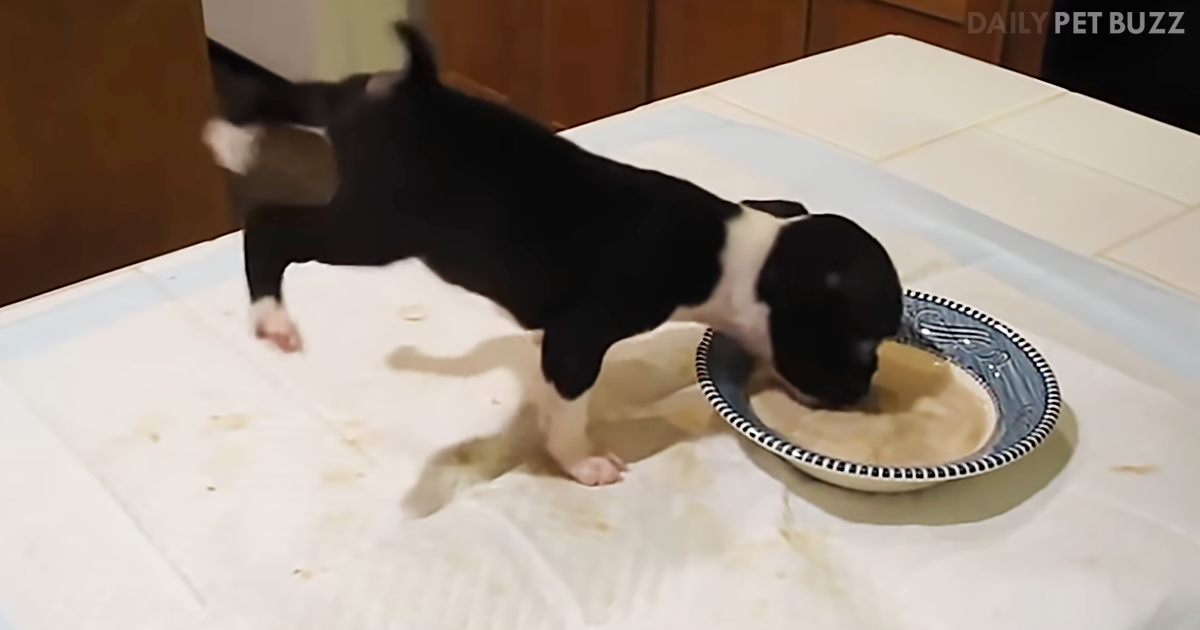 One of the most ridiculously cute breeds of dog out there is the Boston Terrier. Back in 1893, it earned the distinction of being the first American breed recognized by the American Kennel Club.

The Boston Terrier actually did originate in Boston, where the offspring of a bull/terrier mix was bred with French bulldogs. By around 1870, the breed made its official debut in Boston (these first “roundheads” were larger than later Boston Terriers).

Today, the Boston Terrier is instantly recognizable for its small, compact build, pointy ears, stubby tail, short muzzle, and slight underbite. A true Boston Terrier is black with some white on the face and a white chest, belly, and legs.

Curiously, they aren’t terriers, strictly speaking, because they aren’t classified as sporting dogs. Between the coat’s resemblance to formal wear and its pleasant personality and American origins, the Boston Terrier has been nicknamed the “American Gentleman.” Boston Terriers are friendly, merry even, and while nearly all aggression has been bred out of them, they do have a stubborn streak. They’re intelligent and always eager to please their humans, and this makes them quite easy to train, stubbornness notwithstanding.

Boston Terriers are excellent family pets; they like people, get along well with children, and can be socialized to accept other pets. Because they’re small and seldom bark, they’re a favorite of people who live in apartments.

Below, we’ve posted a hilarious and charming video of a Boston Terrier puppy having a little mishap while eating his dinner. Whatever he was eating was so good that this particular “American Gentleman” forgot his table manners. This little Boston Terrier’s dinnertime mishap will leave you in stitches. 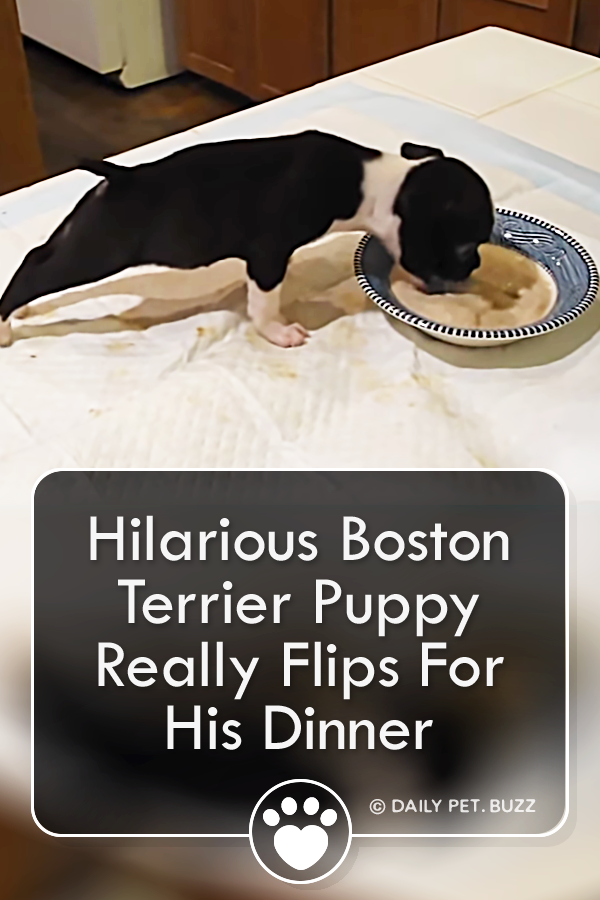