When Joey and Rory Feek were nominated for a Grammy in December 2015, they were over the moon ” what an achievement for the Country Music Duo and how extremely exciting ” such a wonderful accolade from the Industry they worked in!  Joey was so excited about the nomination that she cried tears of happiness. They could not understand how their song got nominated as it had virtually no air play and no newspaper articles.

The song they had been nominated for was the one called, ‘If I Needed You’  in the “Best Duo/Group Country Vocal Performance” category. It was the song which was dedicated to their daughter, Indiana, and the music video of the song actually features their gorgeous baby daughter. Sadly, their song did not win the Grammy, but the nomination was enough for them.

With her cancer, Joey set a goal to be at her daughter’s birthday party, and to be at the Grammy’s. Not winning the Grammy was not a loss for them ” it was a huge achievement simply to have been nominated. They decided to post a picture of their nominee medal with the words ‘More than enough – – .’ And a video of Indy ” as they called their daughter ” waking up to her birthday.

Joey insisted that Rory attend the ceremony but he would not leave her alone.  She even bought him an airline ticket, but Rory refused to leave his love so close to the end of her life. Rory said that he was done doing foolish things in his life, and this was not going to be one of them. He stayed with Joey and they cheered on all the other nominees from the couch at home.

In March 2016, Joey entered Hospice care and a few weeks later she went home. No more chemo, no more radiation ” it was not making a difference and the cancer was growing.

How do you feel about Rory’s decision to stay at home with Joey and Indiana? Do you think they make good Christian role models? Let us know how you feel ” we would really love to hear from you! 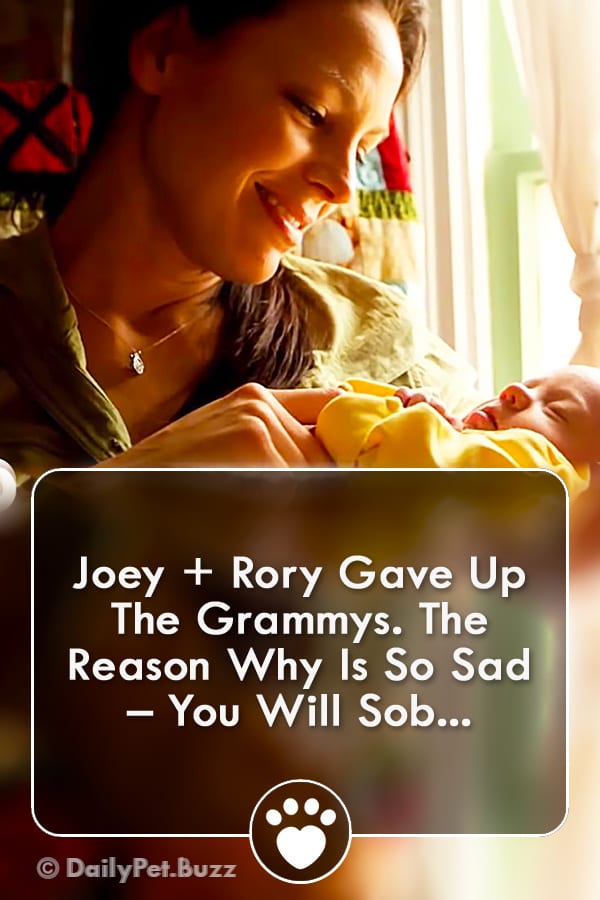