When your favorite song comes on in your headphones or on the radio, it can be incredibly hard to resist singing along. If you’re not a fan of your singing voice or are nervous about singing in front of others, you might do everything in your power to keep your mouth shut as the catchiest melodies echo in your ears. After all, you’re sure to save your vocals for when you’re home alone or in the shower! You can try all you want to keep quiet in more public settings, but it’s likely that some humming will slip out now and again when you’re met with a song you love. Sometimes, maybe even some howling!

This brave dog has no shame, however, and will let loose whenever he gets the chance. It doesn’t matter who hears – this pooch has a passion for music and proves it time and time again! Sometimes, his best friend will even join him for a set, putting on a concert for the whole family. His friend will just grab his accordion and start playing, with his dog singing along right by his side like they’ve been bandmates for years!

He howls the longest of notes, truly stealing the show from his friend, the accordion player. Though his voice might not be the most on-key of all the singers out there, his confidence is surely at the top of the charts! With a true adoration for the music he’s creating, one can only hope this dog goes far in his chosen career path. Somebody get this pup a record deal, stat!

We should all take a few lessons from this dog before heading off to the karaoke bar. To hear this powerful pooch’s hilarious vocals for yourself, check out the footage below. Then, share it with your fellow dog lovers and leave your comments down below! 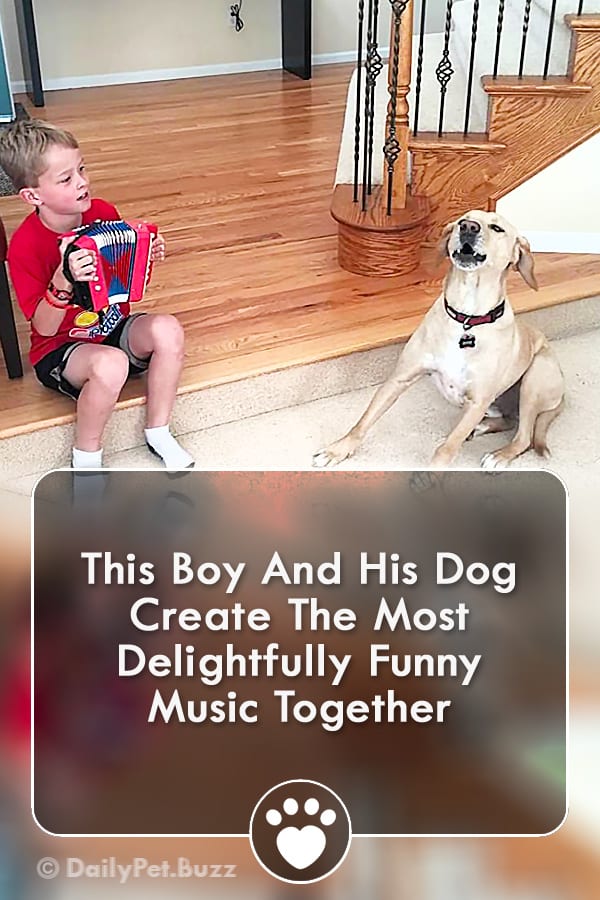