Dogs are more than man’s best friend. They are true companions and our protectors, and in this video you will learn about a special dog that was trained specifically to protect America’s finest in uniform. Thousands of dogs all over the world are not only loyal to humans as their pets, but also in the line of duty. Dogs are employed by the police department, the fire department, and even the military, and their skills have become essential to many tasks that they have to carry out. K9 dogs who fight and protect are especially at risk, and this was certainly the case for the dog in the video above.

Bruno, a German Shepherd who did his service as a K9 dog in the police, went into a very risky and dangerous mission with the rest of his team. While on duty, a criminal began shooting at his partner, and he protected him from being shot and received several bullet wounds himself because of it. The incident happened back in 2014, but this video still shocks thousands online because of Bruno’s unbelievable bravery.

After the efforts of the vets at Pet Hospital, and a lot of special treatment, Bruno was able to recover and retire to a quiet and more peaceful life. Officer Young will never forget his partner’s bravery, because he owes him his life. The intelligence, loyalty, and courage of these K9 dogs amazes me every time I see a story like this.

You can watch this incredible and emotional service dog story in the video above. 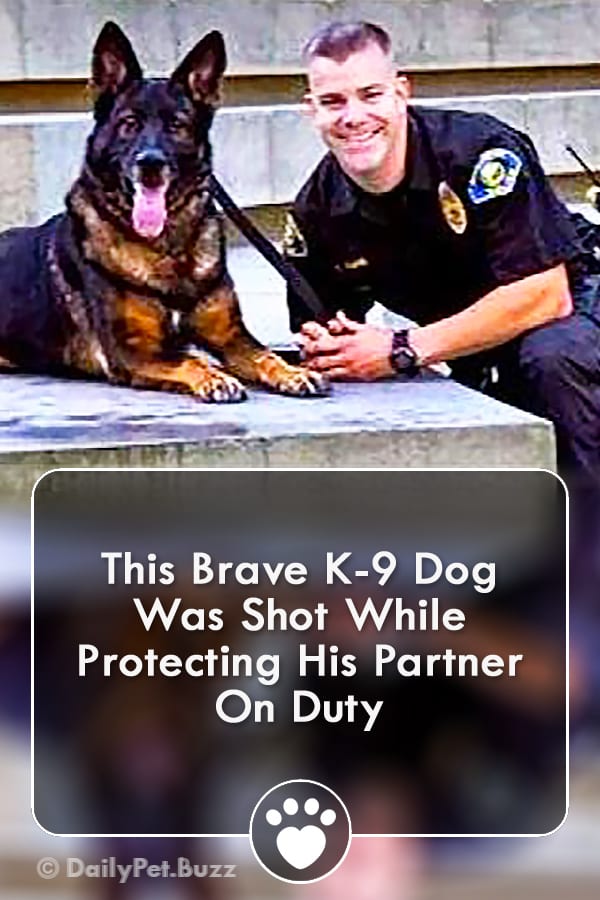