Life is full of unexpected things. The cameraman featured in the video knows exactly what I am talking about. If you are involved in the television industry, you never know what to expect. You have to report on a hundred different things and not all of them go as you planned. This cameraman finds it out the funny way and you are going to crack up when you see what happened behind the scene on this shooting.

Cameraman Greg Harriott was filming an interview with a horse breeder at a ranch in Santiago, Chile. But what happened moments later had him trying his best to stay focused and serious. One of the horses gets particularly attached to Harriott and can’t keep off of him. I am sure none of them were expecting something like this to happen at the ranch!

Harriott is filming the interview, but someone else is filming him because of what’s happening behind him. A rather adorable horse is standing behind him, looking well behaved when the camera starts filming him. But this horse is quite the prankster and pretty soon he’s chewing on Harriott’s ear! He’s nibbling on it and rubbing his lips in his hair. This horse makes the funniest face and it’s hilarious!

Harriott continues filming while trying to shake the horse off, but he is persistent. Pretty soon he’s back and he’s trying to pull Harriott’s shirt off. And then he nibbles his ear for real! This video is the funniest thing you will see all day.

Watch this hilarious video above! Has something like this ever happened to you? Let us know in the comments! 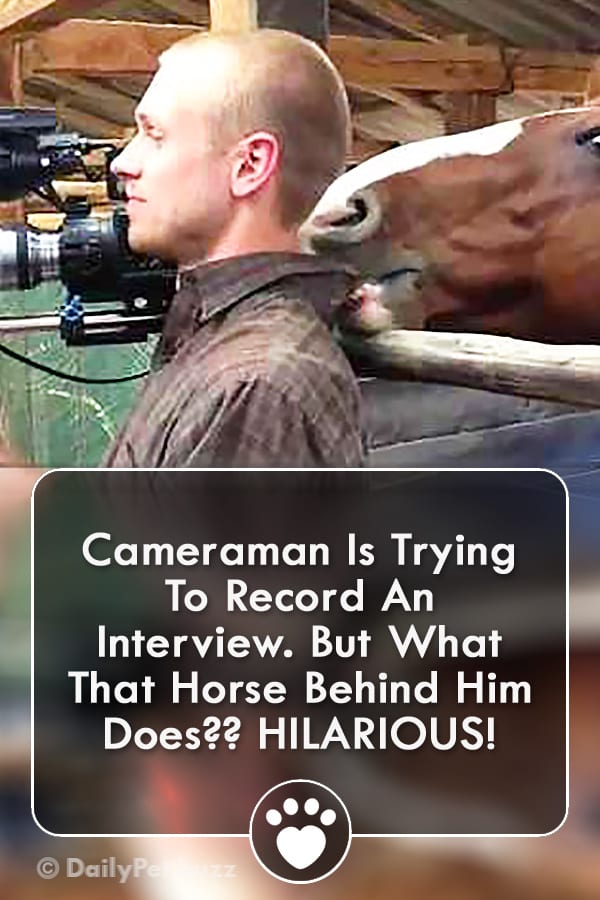