Come on, he’s asking nicely. This little one still lives in a very simple world. Where he wants something and gets it. But when he’s not allowed to sit in the front on his caretaker’s lap, he gets really confused and starts whimpering. A resident of the Southern Indiana Animal Rescue, Napoleon was featured on their website when he threw his mini tantrum… if you can call that a tantrum.

He’s so adorable, I just wanted to pick him up and cuddle him! In his mind, he couldn’t understand why he wasn’t allowed to sit on his human’s lap. But he probably couldn’t understand that it isn’t legal to drive and hold a puppy in your lap ” but what do puppies understand about the human world. Sounds rather complicated when you try to explain it to a child, forget about reasoning with a puppy!

His cute whimpering makes us just want to grab him and never let him go. He’s so tiny, his barks aren’t even real ones, just squeaky little noises as he tries to show his displeasure. If only all tantrums were like this, we’d never stay annoyed!

Is your pet this adorable when they are throwing a tantrum? Do you even manage to discipline them or scold them if they’re naughty, if they manage to be this cute? Send in your stories and thoughts on this video in the comments section below. 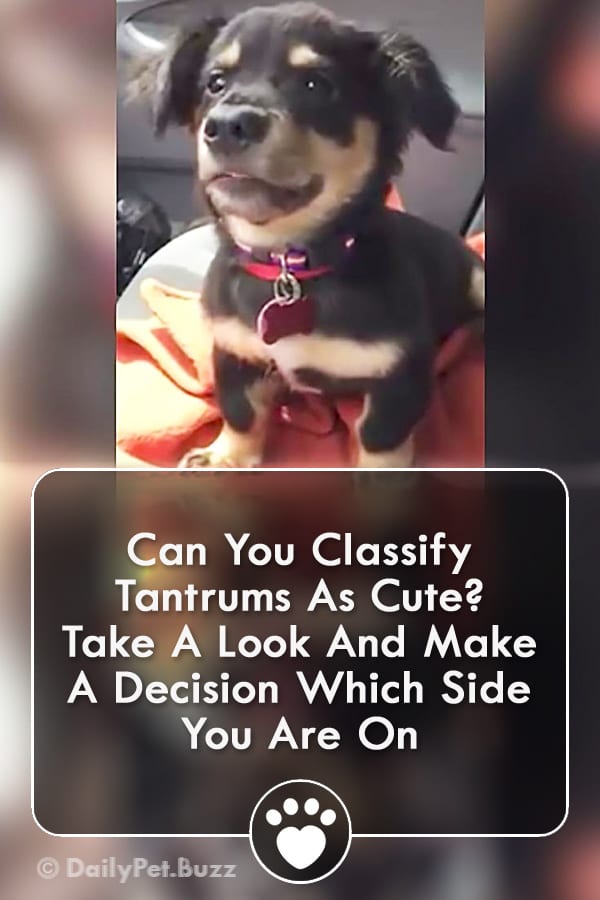