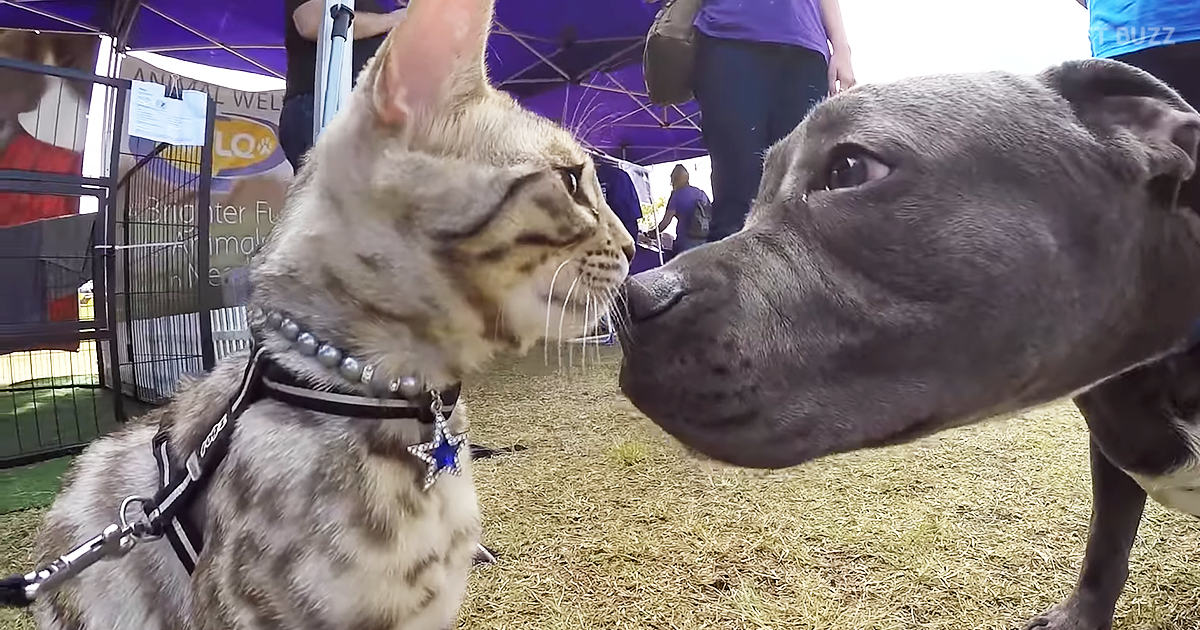 Most of the time, cats and dogs really don’t get along. That’s putting it mildly. Yes, there are exceptions, but in those cases, the majority of them first meet when they are puppies and kittens. Just like young children tend to ignore the color of each other’s skins, the pups and kittens haven’t ‘learned’ to hate each other yet. It’s all about upbringing, and this video shows why that’s important, too.

We see Boomer, a Bengal cat at an outdoor dog show. He meets SO many dogs along the way. The usual meeting consists of them sniffing each other’s noses, but sometimes, dogs, as they are accustomed to will try to sniff the other parts, but Boomer’s got dignity – he takes a swat, a playful one but one nonetheless – at any dog who even goes near that area. Still, it’s a constant stream of dogs coming to meet this kitty.

There is a wide variety of many different breeds here, and the reaction among all of them is mixed. None of them are aggressive and snap at Boomer – though, who knows if there were some that were edited out. A Dachshund looks at the camera like ‘What is going on here?’ This is one funny cat, though – all he has to do is show his claws at the dogs, and they go running.

There was one dog whose leg he grabbed as if it were a toy. That might have been the dog he hangs out with at home, though. Boomer’s not an ordinary cat, though. He’s part of a dynamic duo with Didga, another really-well-trained cat (Didga is a bit famous for her skate-boarding talents). Their daddy has 35 years of animal training experience, so he knows what’s going to happen here.

It was still hilarious to see the dogs not quite knowing what to do when Boomer walked toward them. I’m sure all their mommies and daddies had stories to tell when they got home. ‘You’ll NEVER believe what I saw at the dog show today – ‘ Check out this fantastic day out at the dog show that Boomer, the cat, had in the video we have posted below. 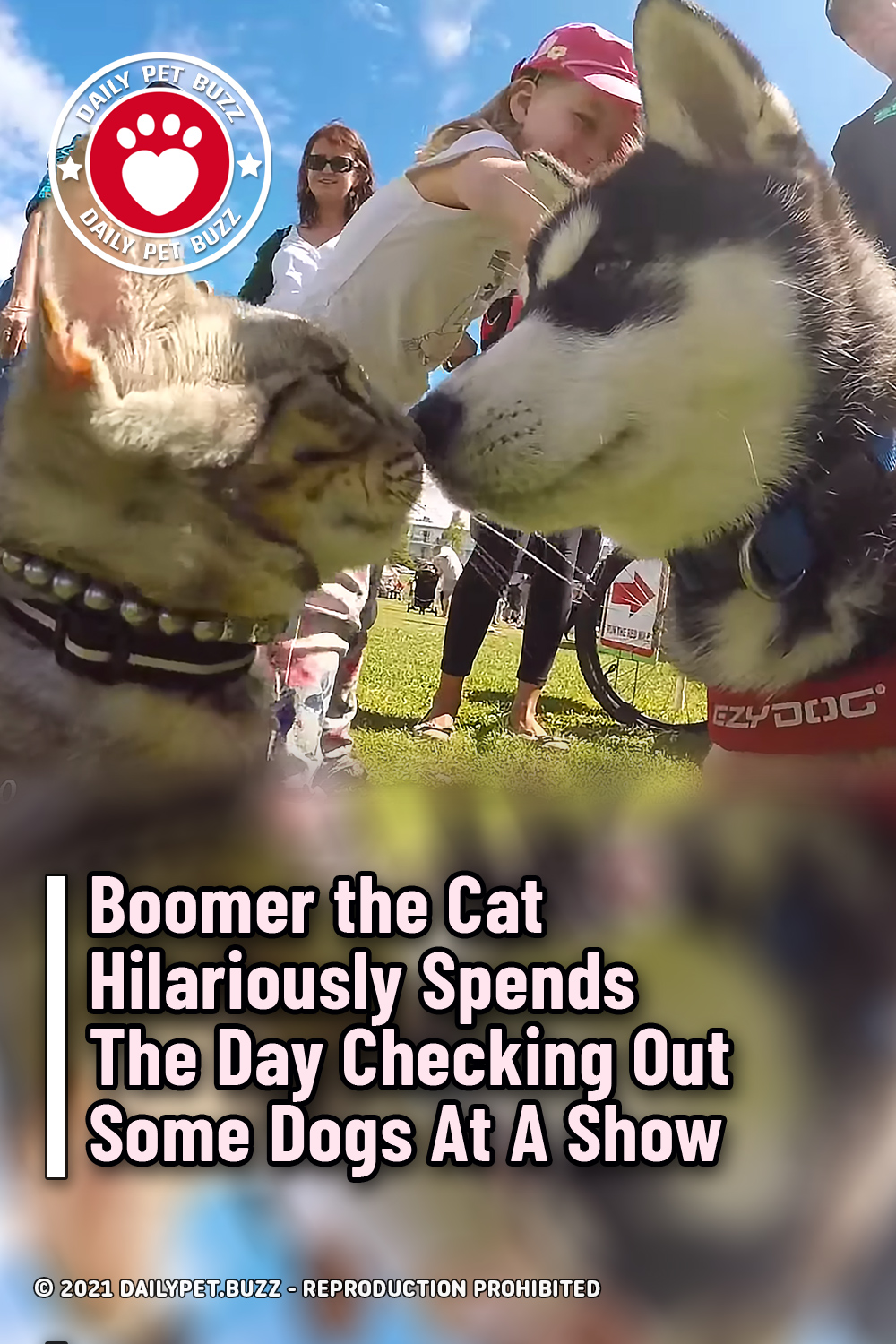