Thunderstorms are one of the scariest things that a dog has to live through. Dogs don’t get why scary sounds that thunder makes are happening and the following video shows how a kind neighbor helped out a dog in trouble that was left out during a storm.

Many pet owners don’t realize that the special and super sensitive sense of hearing can make dogs very afraid thunder. Since they do not understand the situation, all they really know is that loud noises are coming from all directions, so it’s natural that they feel panicked.

The video above a poor dog that is trying his best to deal with such a situation. He was tied to a tree and then the owner left him to deal with  a thunderstorm that  hit Denver, Colorado very hard. It’s not so hard to picture how awful it would be for an animal that has a hard time dealing with a thunderstorm while indoors that now has to be outside to endure the horrible weather.  It is just down right cruel of the owner to leave his so called best friend to fend for himself like this.

A good Samaritan neighbor was watching the whole time and realized that the dog was in trouble. Thankfully the brave woman sprang up and took action and helped this poor little pooch out. Please share this with all your contacts and leave us a comment below telling us your thoughts. 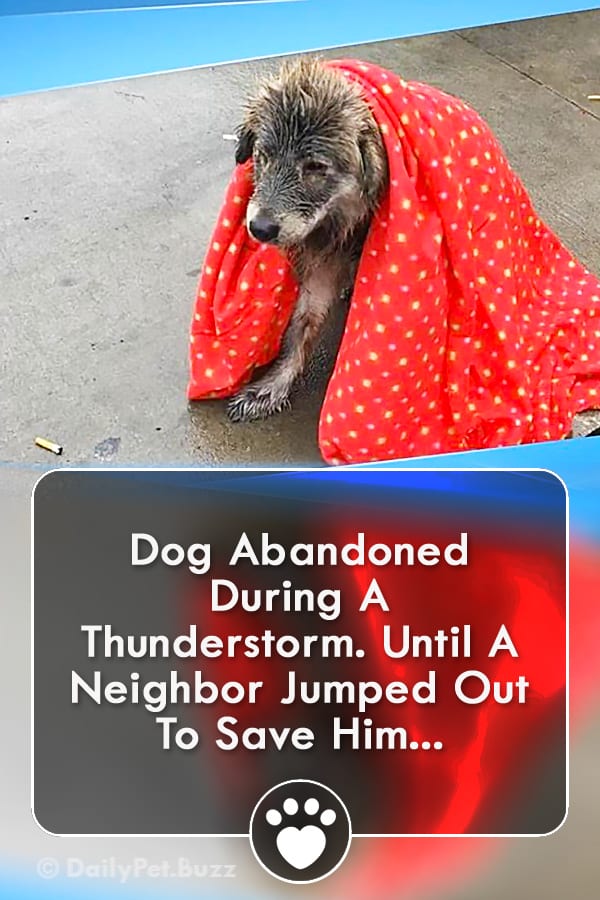