Life is tough for a stray dog. They need to be swift if they want to have any chance of survival. Otherwise, there are a lot of predators out there who can take advantage of any weak dogs. That almost was the case here with Ariel, a pooch who had a disability that could have ultimately led to her death at the jaws of another dog. Fortunately, PETA was right there when she was fighting for her life, literally.

Ariel is a lucky dog indeed ” she was attacked by another canine right before PETA could rescue her. The video doesn’t show the attack, thankfully. She survived and was brought to the shelter where her care and rehabilitation could begin in earnest. The people at the PETA shelter showered her with love and it helped her have a rather remarkable recovery ” initially, her matted fur hid how bony she was. Her hind leg was even malformed from the lack of nutrition.

She didn’t have a long stay at the shelter ” someone saw her and adopted her very quickly. She moved into her forever home and made friends with the other dogs who were living there. There was a pool for her to swim in and she was also taken for long walks, which was a world of difference from the life that she had been living before. I don’t know if the malformed leg healed – she kept moving so much!

It’s terrible that Ariel even had to endure those terrible conditions before PETA got to her. The fact that another dog almost killed her right before she could be taken in shows how brutal the stray dog life can be. She deserves every chance at life that she can get and it’s fortunate that someone stepped in adopted her as fast as they did. That really helped, since Ariel didn’t have a chance to feel down about herself. Why would she? She’s adorable!

What a great ending! Didn’t you think so? Tell us your thoughts in the comments section below. Also, please ‘Like’ us on Pinterest! 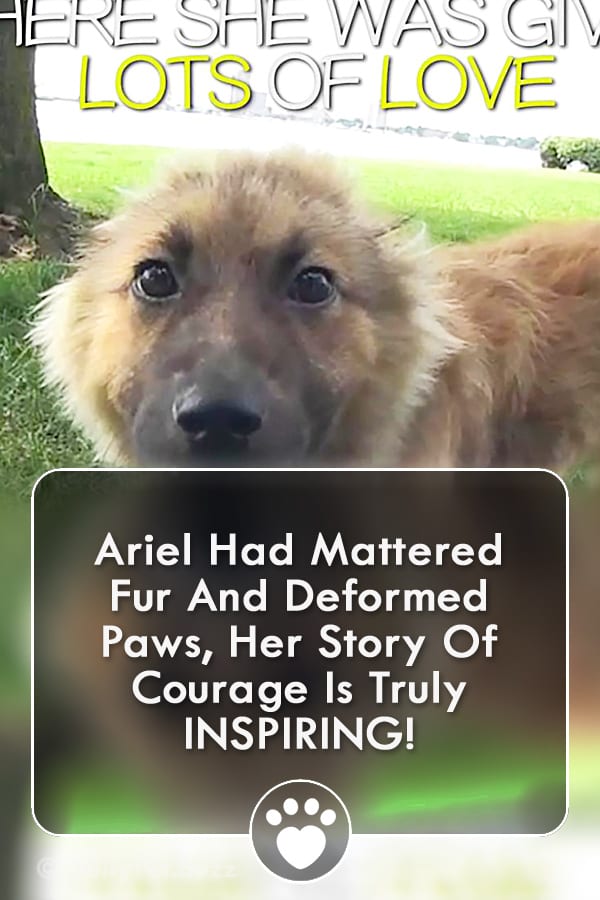