It’s a sad thing that happen to parents of doggies all over the world. Their pooches just disappear one day, either from slipping their leash or being stolen. If we lived in a perfect world, that wouldn’t happen. We don’t, though – something that’s never been more evident than the recent events in politics. But sometimes things happen that show you that the universe is determined to balance itself out. Like the events of this video.

Duke, a Rottweiler, somehow escaped from Joshua’s yard when he was a puppy. He just – disappeared. It’s got to be so tough to lose a pet like that, not knowing where they were or if they were in a safe situation or not. The chances of being reunited seemed slim, until he got a call eight years later saying that a dog that had been chipped to him had been found. Then their amazing story came full circle.

It may have been nearly a decade between meetings, but Duke clearly remembered Joshua, immediately licking his hand and rolling on his back soon thereafter. That shows a really strong element of trust between the two. The two wasted no time in getting back into the routine. Joshua was also profusely grateful to the woman who reunited them. I had to go look for tissues at the end.

This video should just be shown as a public service announcement for microchipping your pet. I mean, even after EIGHT YEARS, Joshua and Duke were able to be reunited. That’s an incredible amount of time, especially for a big Rottweiler like that. The two were apart for a significant amount of this pooch’s life, but it’s good that he’ll be with his daddy for the remainder of whatever time he has left. That’s worth its weight in gold.

I admit that I choked up after watching this. Have you been reunited with a pet after a long time? Please head on over to the comments section and tell us your story. 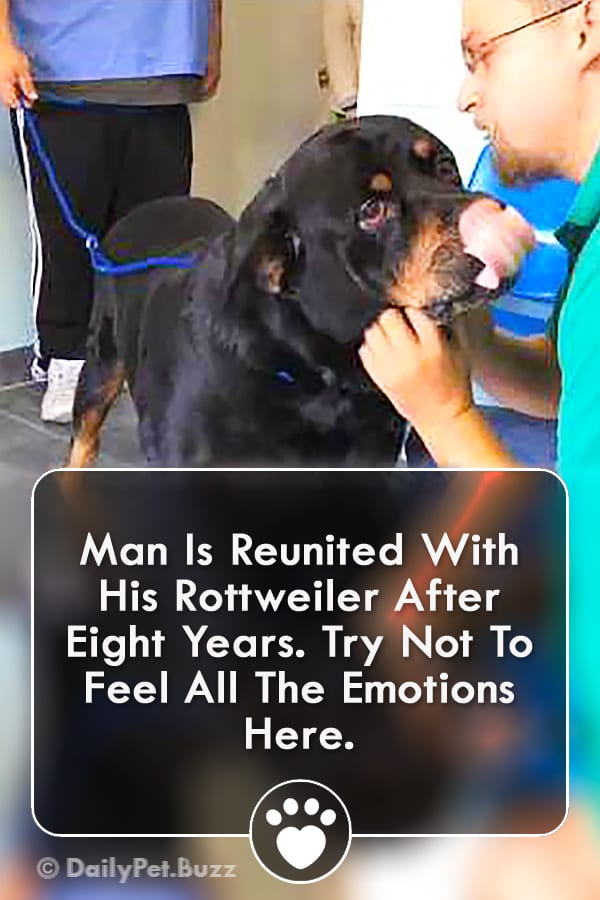