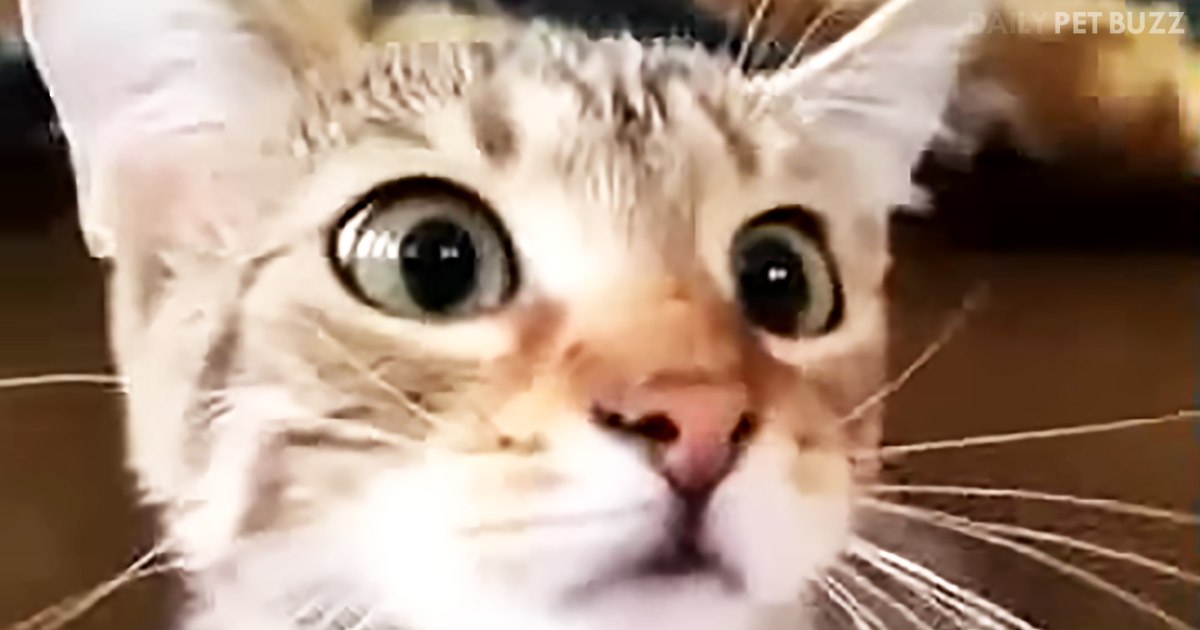 OK. I’m going to be upfront here. I am a giant wimp when it comes to watching horror movies. Gore is not my thing. I can tolerate psychological suspense — think ‘The Sixth Sense,’ — but if it involves finding gorier ways to have people die, it’s just not my cup of tea. The aesthetic for things like that really changed in the late 1960s. Before that, it was better left to people’s imaginations. Now it’s all right there.

But, as one particular animal learned, even the classics can scare the daylights out of you. The cat is watching the TV raptly as the end of ‘Psycho’ is being shown on it. I’m speaking of the original one, not that Gus Van Sant re-shoot.

Lila Crane is searching around and finds a way down to the basement. Even the cat seems to be saying, ‘NOOOOO! DON’T GO IN THERE! WHAT ARE YOU, NUTS?’ We see the movie in a tiny box under the cat’s chin so we can follow along with what he’s seeing.

When the movie does the reveal to show that Norman Bates’ mother is actually a desiccated skeleton sitting in a rocking chair — Um, yes, spoilers for a movie that will be 60 years old in 2020 — the cat does the funniest leap off of the screen. That was the same result that a lot of the people in the audience in the ’60s had when they saw it in the theater.

That’ll teach this kitty to watch a horror movie like that. I’m sure that the end result of this movie viewing is that the cat’s mommy or daddy is going to find that little guy under the bed. Heck, that kitty might stay there for a few days, only running in and out to use the litter box and eat and drink. Other than that, he’s going to want to avoid rocking chairs for a while too. Then again, he might become addicted to horror movies and try to get his mommy or daddy to watch ‘Pet Semetary’ next. What a goofy cat. 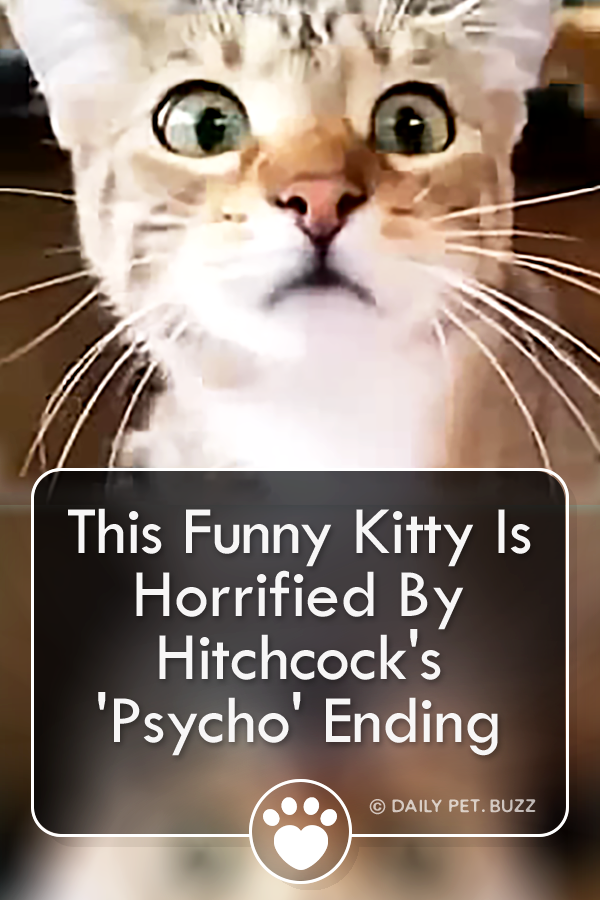