In October of 2014, a 14-year-old chocolate Labrador Retriever named Quik went missing. His adventure started when his owner, Judy Froehlich, let him out early one morning.

Frank, Judy’s husband, drove around for hours looking for Quik. He would hear him bark occasionally, but couldn’t find him. He asked a neighbor, Alan Cardin, for help, and it just so happened that this neighbor has a 14-year-old hunting dog named Macy. She’s an English Setter who’s been trained to retrieve hunted birds. The two men had never met before.

The two men took Cardin’s 14-year-old hunting dog to Froehlich’s house and let her sniff Quik’s bed. And then the search was on. They found Quik stuck deep in the mud at a nearby pond on the Froehlich’s property. Poor Quik, at 14 years old, he was helpless and exhausted. The mud was like what you might imagine quicksand to be like.

The mud was so thick that it took Cardin and two men who mow the Froehlich’s’ yard two hours to free Quik. After the long ordeal, all Quik needed was a warm bath and a very long nap. This old guy recovered pretty quickly. Now Quik has a new best friend in his hero, Cardin and his dog, Macy. The two spend time together now. Wait until you see these two senior dogs together at the end of the video.

These two dogs are proof that old dogs are the best. Don’t you think? Please let us know your thoughts in the comment section below. 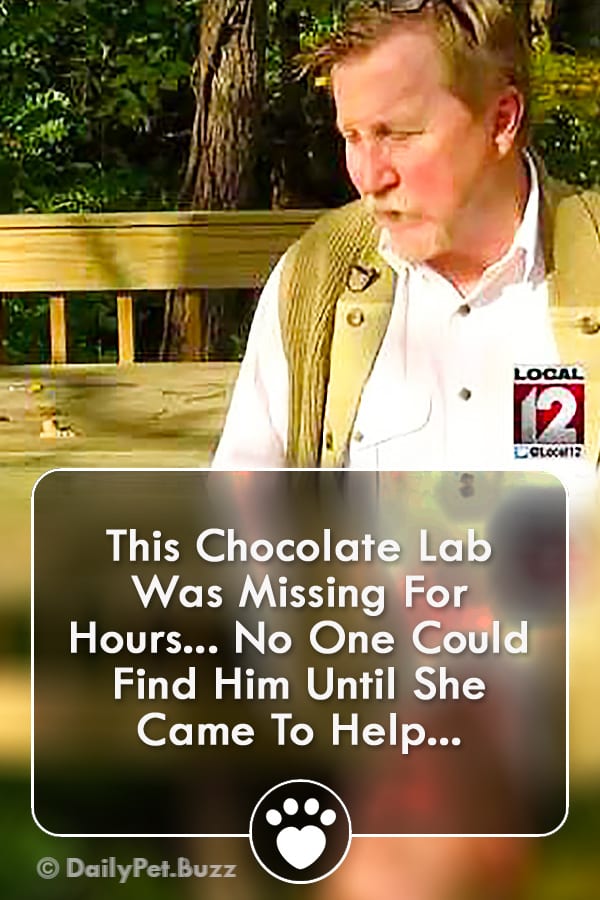