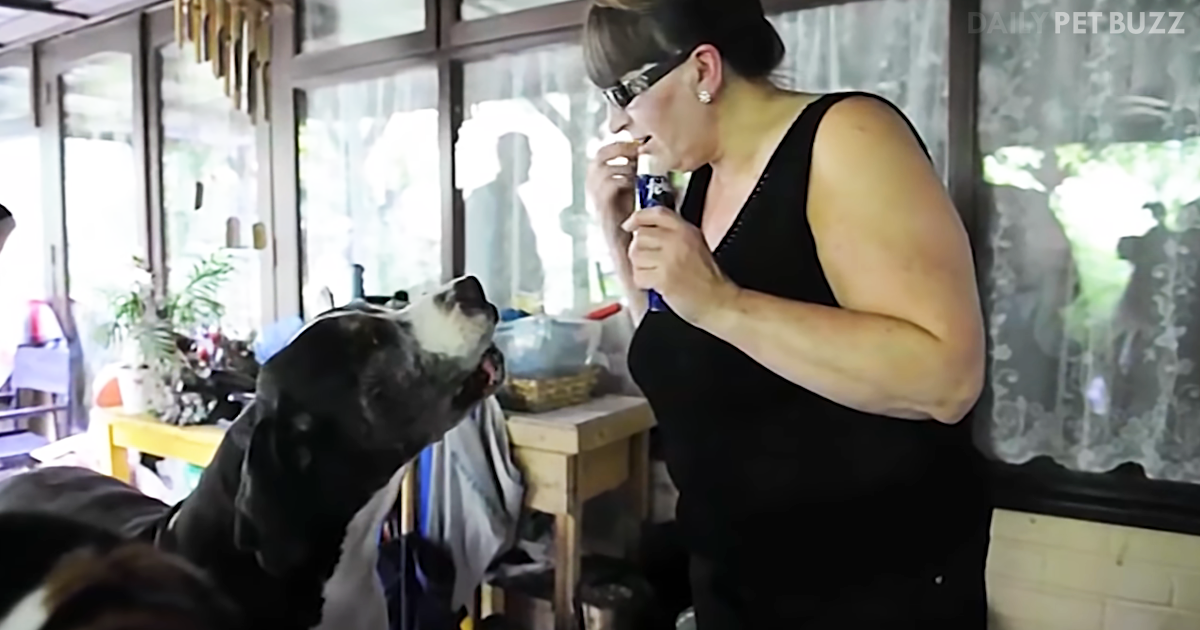 Bending the truth a little bit never hurt anybody, right? At least, that’s what Sue Markham thought when she told her husband, Robert, she was bringing home a small puppy. When she told him the dog would grow up to be a tiny Jack Russell terrier, Sue had no idea that her puppy had much bigger plans in store.

This is Yogi. Friends and family call him Bear, for reasons that will soon be obvious. As a pup, it was expected that Yogi would grow up to be a small terrier. This was fine with Robert, who didn’t want a big dog in the house. The couple was in for a shock – nine years later, Yogi turned out to be a full-sized Boston Great Dane!

Much larger than the terrier the Markhams were expecting, Great Danes weigh 135 pounds on average whereas terriers weigh less than 20. Yogi was larger than a terrier at five months old, and at full-size, he comes in around 200 pounds and is 6’1′ from nose to tail. Somebody get this dog a basketball.

Yogi is so much larger than your average Great Dane that he needs a horse’s blanket just to keep warm in the colder months. Despite being completely surprised, Robert’s heart turned out to be as huge as his dog – he couldn’t say no to that big, adorable face.

Yogi’s parents aren’t the only ones who fell in love with him. A neighborhood cat, Toffee, stops by the Markhams’ place exclusively to hang out with him. Take a look for yourself to see just how big Yogi is compared to his family in the video below. Can you imagine expecting a dog that could fit inside your purse, and getting something the size of a small pony instead? 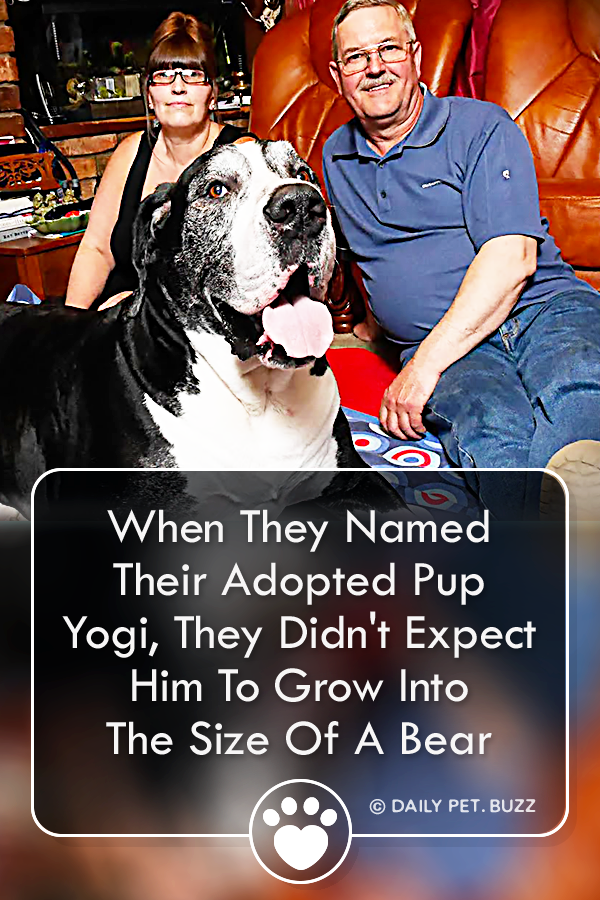