The chances for a horse to have twins are quite rare ” in fact, the chances stand at 1: 10,000. However, in that case, usually one foal dies, if not both or even the mother. However, to have two foals being born is a rarity indeed.

When Daisy (aka Treliver D’Aquitaine) was 7 days past her due date, the night watch woke up the owners to inform them that she had just gone into labour. Rushing to the stables, they saw her give birth to a beautiful Palomino colt. Thrilled, they were helping him try to balance as he made efforts to stand up on his own.

They were surprised at his small size as Daisy was quite a large horse, but soon enough it looked like she was going into labour again. The chances of her having another baby were very slim, and this took them by surprise. Rushing to help her, she lay down a few times and started pushing but once she saw her baby boy Don standing up, she forgot to push and started paying more attention to her baby.

That’s when someone started helping her to pull out the baby. With hearts in their mouths, they watched a second baby being born ” even though it was a breech baby, it survived and soon they noticed it was a pretty cremello filly.

They are both string and healthy and started trying to stand on their own. A few days later, they are happily drinking mother from their mother and learning new things about the world they live in.

This event is nothing short of a miracle. What did you think of the video? Have you ever heard of a horse having twins? Tell us about it in the section below! 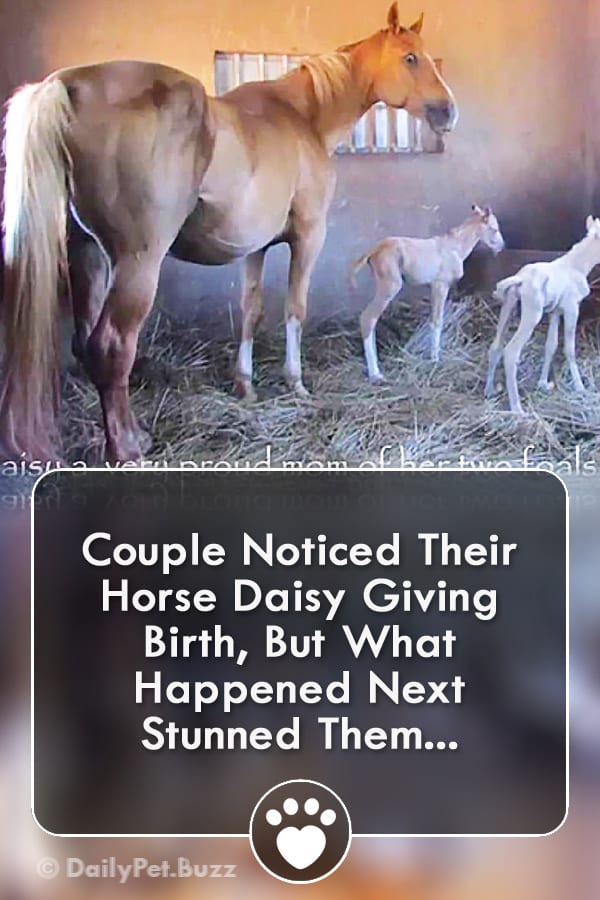