One thing that’s on my to-do list: Go on a safari. Yes, there are plenty of zoos where I live, but there’s just something about being in their habitat and getting to see all kinds of majestic creatures up close ” so close I could get out of the car and immediately get eaten – I mean, pet them. The group in this video saw several elephants that surely made their day.

It starts off with several large elephants standing about 10 feet away – then some smaller ones come out from behind them. It’s a herd! One of them, the smallest, steals the show. He’s wiggling around his trunk – though some wonder if it’s bothering him. What do elephants do if they get a booger or something else stuck in there? It’s not like they’ve developed the ability to use tissues. Nonetheless, he’s having a grand old time in front of his audience.

Then the elephants start to close ranks. One of the older ones turns sideways and kind of glances at the tourists like, ‘OK. Show’s over. Move on.’ The rest of the elephants stay together, and one of them might even be trying to show the young one how to get rid of an irritation in their trunk. ‘OK. Blow out hard. Harder. NOT AT ME! THE OTHER WAY. Learn some manners!’

I like seeing things like this. It shows them in their element – but they also sometimes acknowledge their very human visitors. There’s also a very implied understanding between the two parties. ‘You stay over there. You can look at us from over there, but if you get any closer to us, we’re gonna stomp you into paste. Got it?’ These people get to have the thrill of a lifetime and remain intact inside the truck!

I want to go on a safari now. They cost how much? OK, I’ll just watch videos of them. What do you think? Leave a comment below! 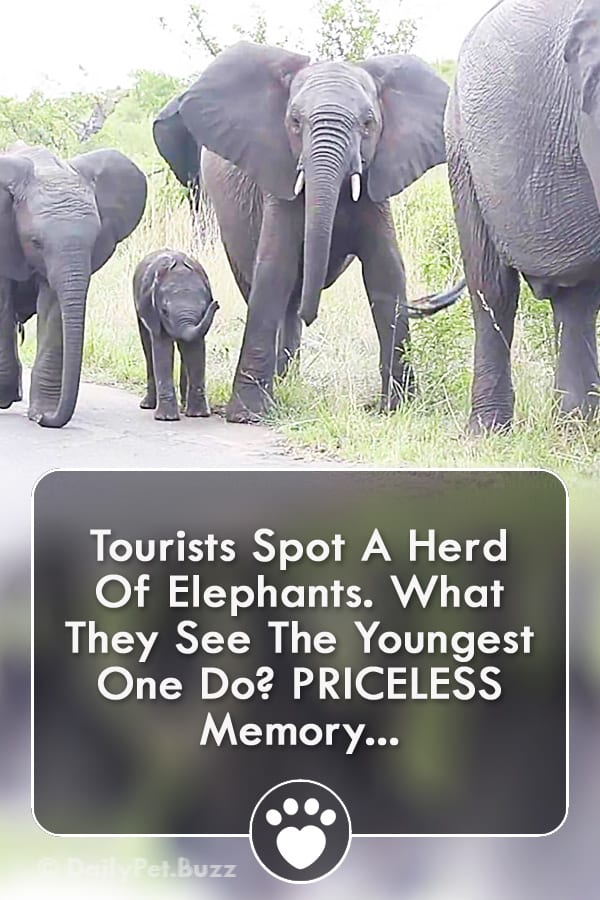