Dogs are one of the friendliest animals in the world. And the same could be said of horses. The video above features a beautiful horse and dog duo. The horse is a four-year-old Quarter Horse stallion called Whiskey Brown and his friend is a two-year-old mixed Portuguese Water Dog. These two are the best of friends and their play time is one of the most precious things ever!

According to their owner, the horse is one of a kind. And when he is with Lucy, the best and the funniest events always happen. He also says that the horse is like a giant dog. He thinks all of the other animals around him are his pets, and sometimes he thinks even his owner is his pet. But despite all that, he is still a gentle giant. Lucy and Whiskey Brown’s friendship is also very heartwarming!

In this clip these two best buds are playing in the field with a blue ball. This is only the second time I’ve ever seen a horse play with a toy. Maybe he learned that from Lucy. It’s a big ball and it eventually rolls down the hill.

When the horse rolls over for a good back scratch, Lucy lets him know it is time to play again! She runs to the ball in an attempt to make the horse come get it. The fun just goes on and on with these two. How heartwarming to see these two friends totally devoted to each other.

Watch them play below! What did you think about it? Let us know in the comments! 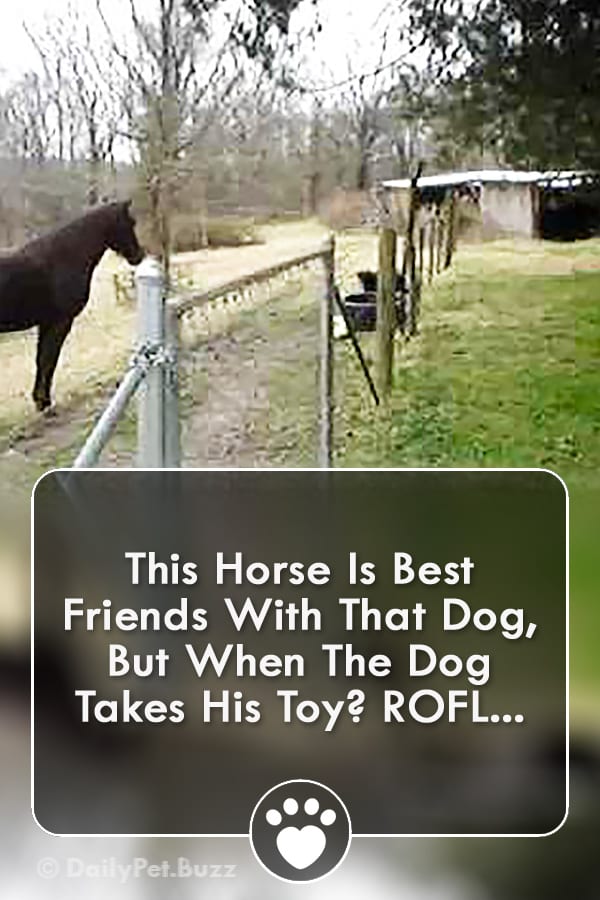