The video above features probably the most famous dog on the internet, Mishka the talking husky. This clip was posted back in 2012 on YouTube, but it is still one of the funniest dog videos ever. When her family was discussing what to have for dinner, Mishka gives her opinion as well. You are going to be in stitches when you see what dad caught her ‘saying’ on camera! If you listen closely, you can really hear it!

According to psychologist and dog expert Stanley Coren of the University of British Columbia, dogs who talk are most likely trying to mimic sounds or phrases with the expectation of being rewarded with praise or a treat. So even if you think your pet is trying to talk to you, it’s more probable that he just wants a treat!

That said, huskies have quite a way with words. Mishka isn’t the only talking husky on the internet, but she is one of the more vocal and talented ones. There is something about huskies that makes them able to speak and sound like they are saying actual words. They really seem to understand what their humans are saying to them, although I think a lot of their responses are from being trained to respond a certain way.

In this clip, Mishka shows off her speaking abilities once again. She is one talented and clever pooch.

Watch this adorable video above! Could you make out what she said? Don’t forget to let us know in the comments section! 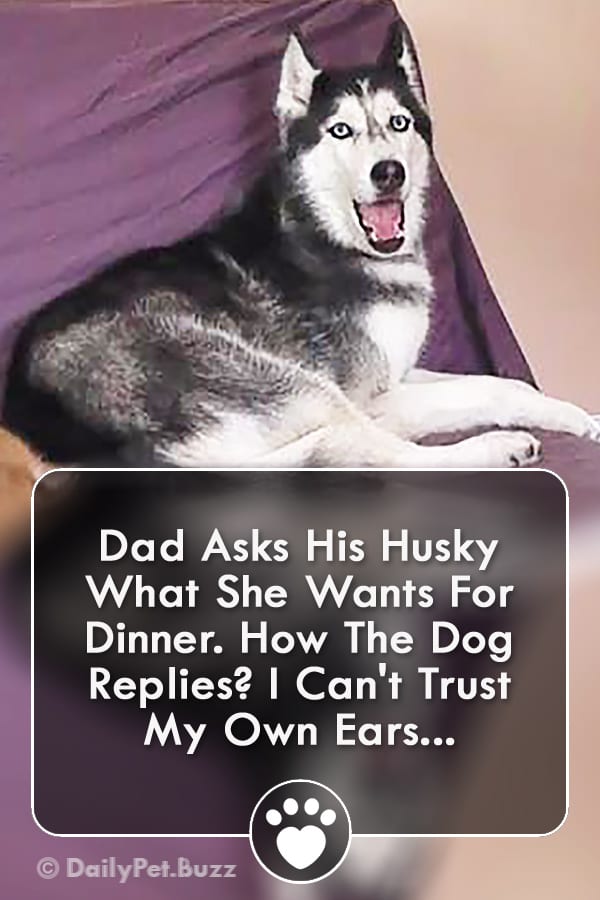