Amongst the thousands appearing for the auditions of the popular reality TV show America Got Talent, Sara Carson was part of them in this year’s series. Thousands fail to get into the competition. YES, thousands fail. Zara might have been part of this bunch, however, thanks to Simon Cowell; she found a slot after he convinced fellow judges to give her a chance. With their prayer granted, the judges were expecting that Sara and Hero would step up and rise to the occasion. What they did surprised everyone.

Having hit the industry at only four months and staying on record as the youngest trick dog, Hero went ahead and became champion back then. The gates opened up and had the duo went on shows after that. First was the Late Show with David Latterman where Sara and Hero captivated the world in their appearances. Also, the duo has been on the Marilyn Dennis Show, Rogers Daytime Toronto, the Canadian Pet Expo, CTV news and Purina National Dog Show.

Sara and her counterpart hero have been hitting the airwaves with a growing popularity thanks to their incredible acts. During their first Audition in the America’s Got Talent, the judges applauded Hero’s ability to perfectly execute her trainer’s choreography with ease, synchrony, and fun. The crowd was moved by their performance, and they received a standing ovation that night.

In their second performance- I wish everybody got the opportunity to see their act- Sara acted a robbery scene with Hero being her partner in crime. It was so well organized that I wondered if Hero was some human being in a dog’s mask.

But just to know what I mean, watch the video above and take a look. This is a once in a lifetime experience, and I wish not for anyone to miss this act. Kindly leave your comments after viewing the video. 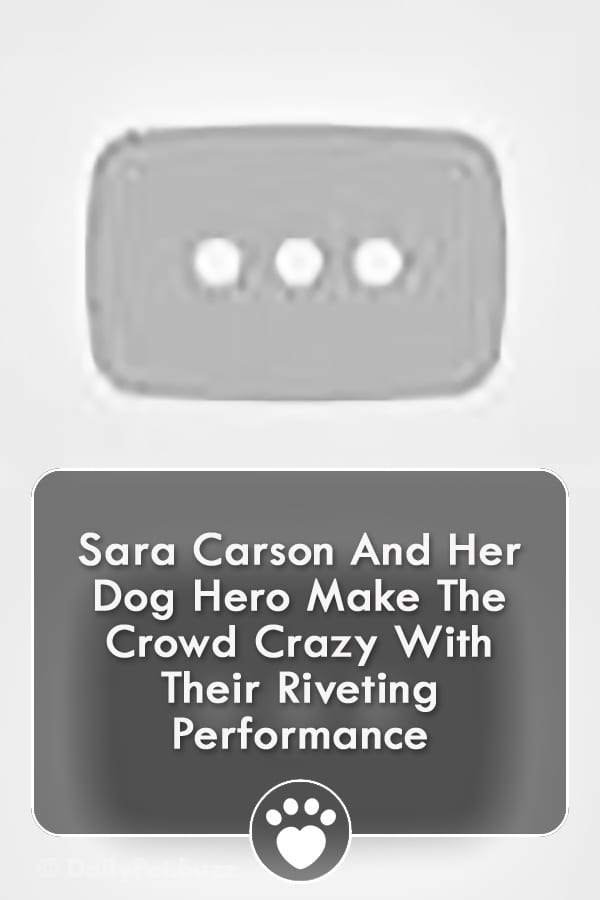