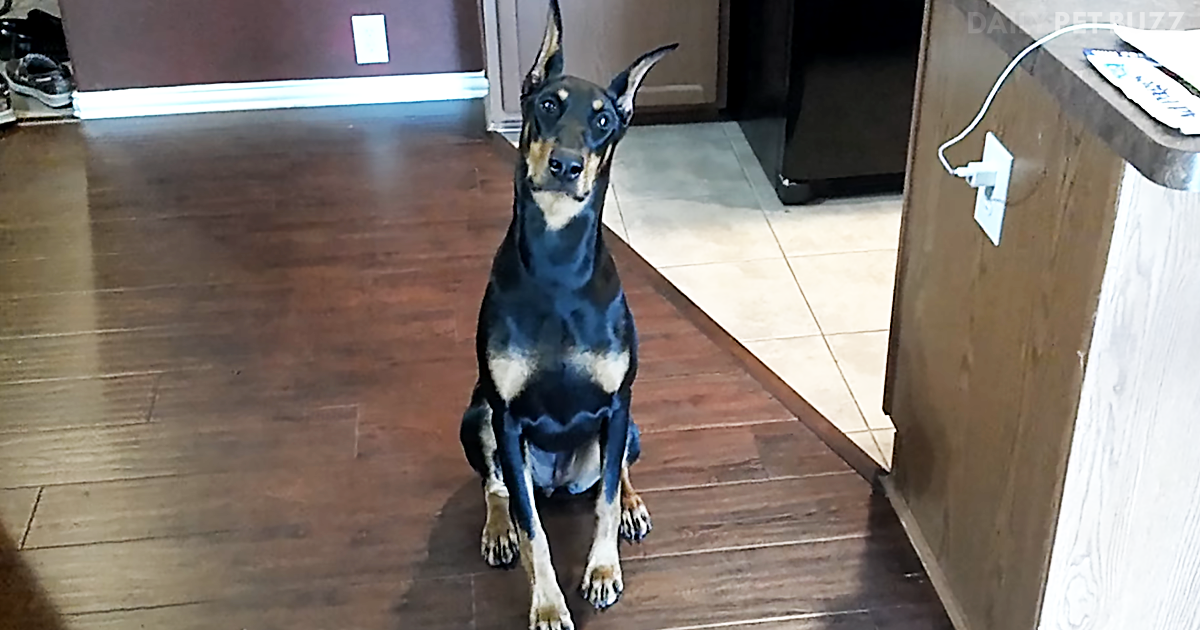 When you think of the ‘Doberman’ or ‘Doberman Pinscher’ as they are also known, you tend to think of aggressive guard dogs. You know, the one roaming around the local junkyard that barks and growls at you every time you walk past. Yet Dobermans are, by nature, a very gentle and loving dog.

The Doberman breed was first developed in the 1890s by a German tax collector named ‘Karl Friedrich Louis Doberman.’ They are typically about 28 inches tall, stand on their toes instead of their pads, and have quite a graceful gait. They are very intelligent animals so much so that prominent psychologist, Stanley Coren, ranks the Doberman in the category of ‘Obedience command training’ as the 5th most intelligent dog in his book ‘The Intelligence of Dogs.’

In fact, the Doberman, along with the Border Collie, German Shepherd, Golden Retriever, and Standard Poodle, are the most trainable breed of all dogs. When you watch the clip below, this fact will become evident as ‘Tana’ the black and tan Doberman performs an array of tricks for her dad. Simple one or two-word commands are usually enough to train any dog, but this delightful-Doberman seems to have an understanding of whole sentences and even has an understanding of numbers.

The fallacy that all Dobermans are a dangerous and highly aggressive dog will fly out the window when you see the antics of Tana. She, like most of this breed of canine, is totally loyal to her person and just wants to please him whenever she can. On his words, she sits then lays down and even sings. She knows directions, as well.

When told to turn to the left, this is exactly what she does, then to the right, and yes again, she heads in the correct direction. When told to heel, she immediately runs to her dad’s side and sits, looking straight up at him just waiting for her reward, lots of love and attention.

But wait – – – .there’s more. He then places a treat on the ground and tells her to wait. She finds the morsel oh-so-tempting, but as she was told, she leaves it alone. Then, the pièce de résistance, she is told to put her foot on the biscuit, she does this without complaint, then she is told to wait until the count of three before she can have it, you won’t believe your eyes when you see the result of her amazing training.

Tana is one smart dog and goes to prove that the oh-so-misunderstood Doberman is surely one of the smartest breeds that we have. Their courage and strength are well documented as well as their complete loyalty to their people. Another case of dogs truly being mans-best-friend. 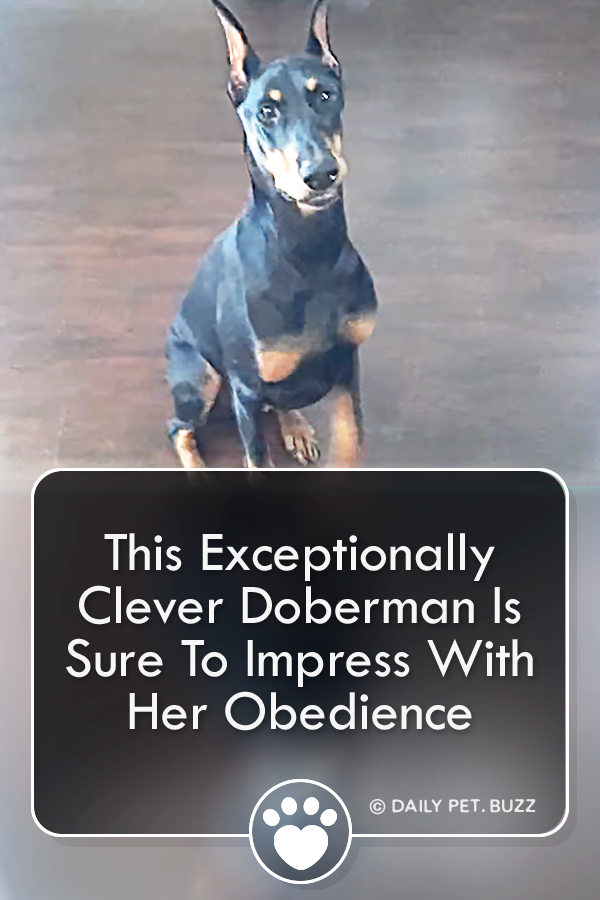