Dogs are deemed to be man’s best friend and there are many videos on the Internet to prove this fact. Sometimes dogs are so close to their owners, they think they can take control of the owner’s possessions, and sometimes they are just being naughty. This can result in times when these dogs make a big mess around the house, leaving their owners frustrated and sometimes angry. But no one can stay mad for long whenever they see the guilty and adorable faces of these dogs.

This video above features a dog who won dad’s heart in an instant through her guilty expression. Dad came home only to find torn up sheet on his bed. He was frustrated and knew who was responsible. But when he went to search for the culprit, he found his dog, Berlin, hiding herself in a most hilarious place and looking as guilty as possible. I won’t tell you where she’s hiding because I don’t want to spoil the surprise, but her human dad found her anyway and gives a hilarious play-by-play of her reaction. At one point, she looks toward the ceiling and he says that she’s praying. He clearly doesn’t stay angry for long, because he ends by telling this beautiful German Shepherd that the family still loves her.

Check out this video. Did this leave you laughing out loud? Let us know through your thoughts in the comments section! We’d love to hear from you! Please share this adorable clip of Berlin’s guilt on Pinterest. 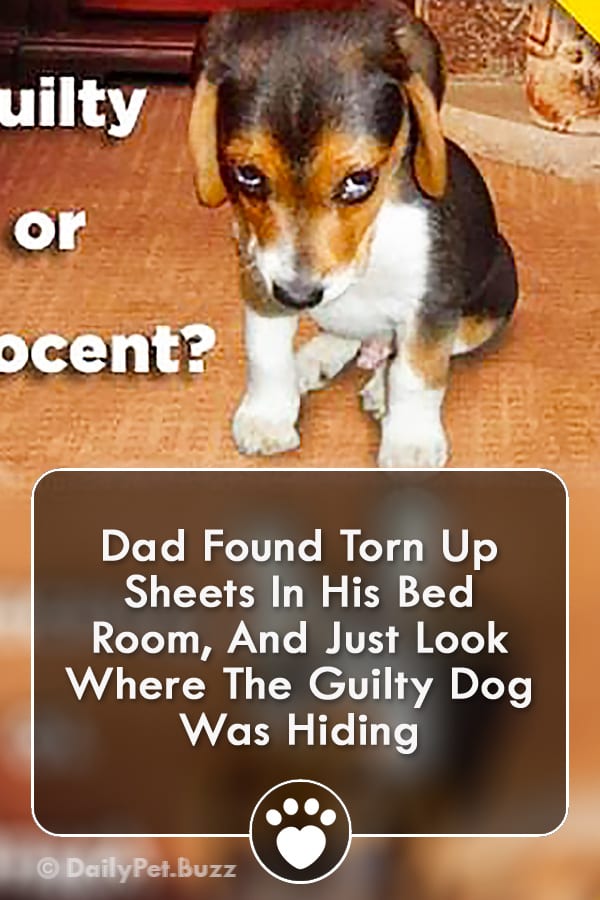