No matter how many words you use to describe your dog, it is just never enough! They are incredibly loyal and you can count on them to be always there for you. But one of the best things about our canine companions is that they can really make us laugh! And they don’t even try all that much! Just take a look at this cute little dog in the video above!

This Airedale Terrier is called Plato and he just received a new chipmunk as a toy. Chippy the Chattermunk is a toy normally for children. It records and repeats what they say in a higher-pitched voice. But what happens when a dog does it? Chaos for him and lots of laughter for us! The poor pup is really confused by the toy, but it is hilarious to see!

Chippy the Chattermunk imitates the dog, just like he would a child’s speech. And to make it even more entertaining, this toy bobs up and down. The first time the toy talks, the dog is really confused and starts barking at it. Then the toy barks back! This dog has never seen anything like this before!

It doesn’t take long for the dog to lay down next to the toy, and pretty soon he’s nuzzling it and trying to figure out why this strange animal is barking at him when he’s clearly not a dog! Plato’s reaction is adorable. I think he’s going to have a lot of fun with his new friend Chippy.

Watch this adorable video above! Did Plato make you laugh? Let us know in the comments section! 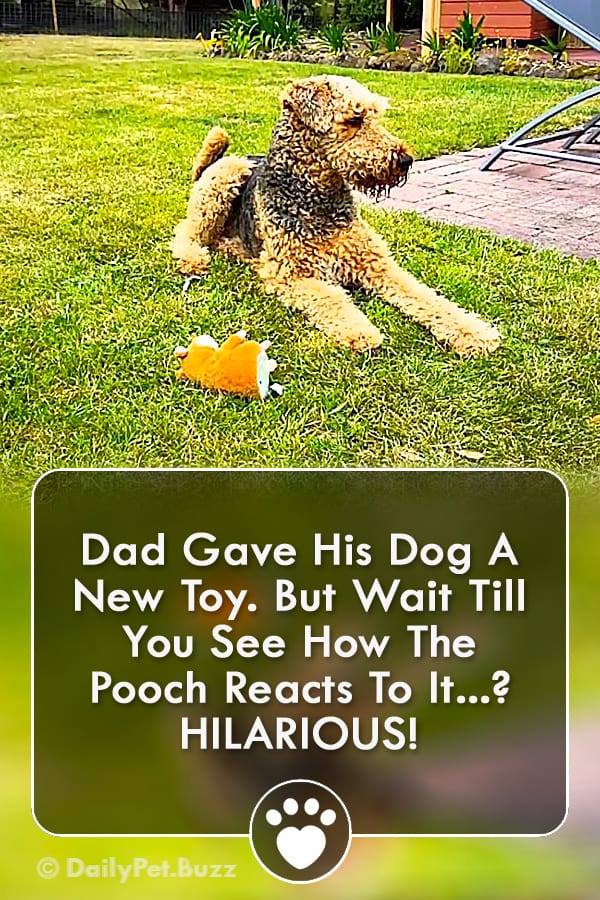