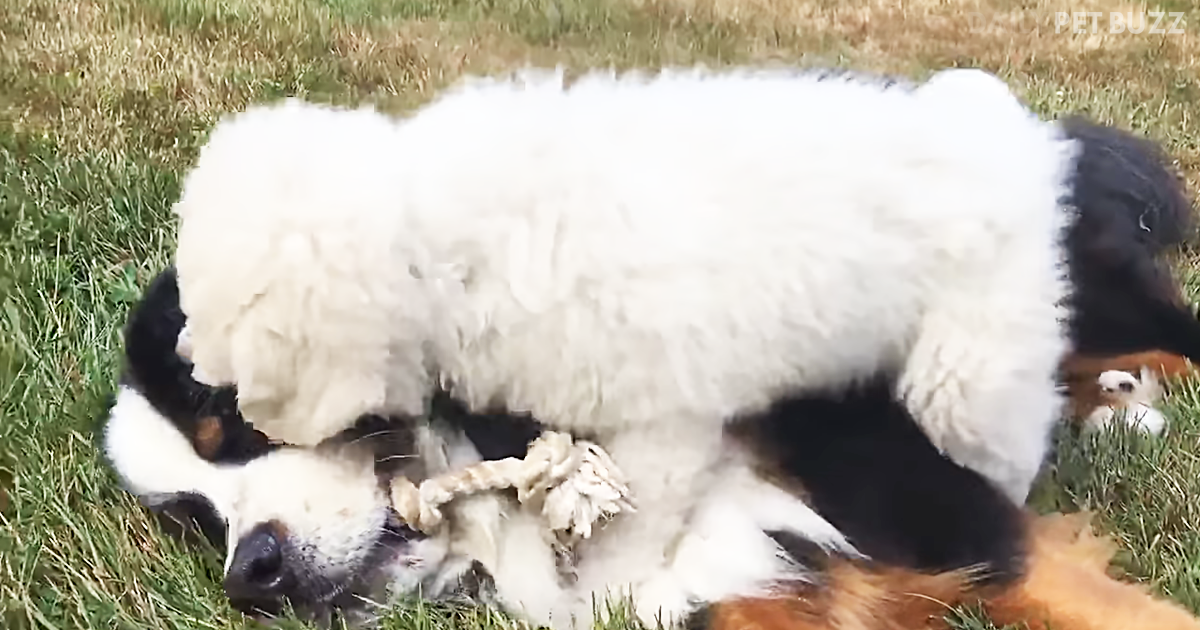 Dogs are incredibly playful creatures. Whether it’s a game of fetch, a race, or good old fashioned tug of war, these animals are always extremely invested in showing the world who the top dog really is. It doesn’t matter if they’re playing with another pooch or with their humans – they never give up, always determined to prove their resilience.

This small puppy was ready to show off his dominance when he picked a battle with a much, much larger pooch. This giant Bernese Mountain dog barely moved a muscle when the puppy started attempting to take a small rope from him. He likely didn’t even realize he was a part of a challenge. After all, his size made him a whole lot stronger than his puppy playmate, and all he had to do was roll over a few times to catch the small dog off guard.

Watch the way these two play with one another. You don’t want to miss this hilariously adorable clip. It’s bound to be the cutest thing you’ll see all week, that’s for sure. There’s nothing like watching two hysterical balls of fluff ‘fight’ over a toy. These two are a riot.

It’s truly impressive and inspiring how the puppy absolutely refuses to give up. You would never expect him to be so determined when facing off with someone so much larger than him. This puppy isn’t afraid of anything, and he knows he’s got what it takes to steal the rope away. How precious is this? Be sure to watch the entire video to see just how tough the small dog really is. You’re going to love it. 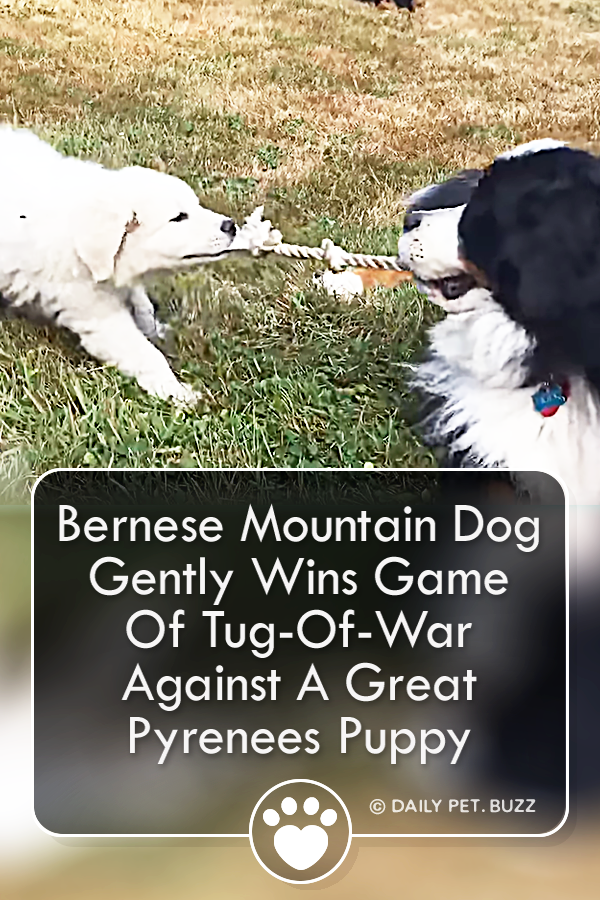