As you probably already know, dogs are some of the most explosive animals that you could ever meet. If you just follow them and indulge in whatever they feel like doing, they will be thrilled to guide you into a wild and fun adventure in the outside world. But once they get home, they’ll fall asleep in what seems like seconds.

And the most adorable part is that, even when they are not tired from spending the whole day playing, they still can sleep for hours and hours without ever seeming to stop. They love to chill whenever they possibly can, and the French Bulldog that stars in the video above shows it in the most hilarious way that you could ever picture.

His dad won’t let him get up on the couch to lay down for a while, and naturally, he has much to say about this grave offense. What could he possibly have done that warranted such unfair and unbelievably cruel behavior!? We hope that they let him up in the end!

Watch this adorable pup try to get on the couch in the adorable video we put above, and share it with your friends if you like it! 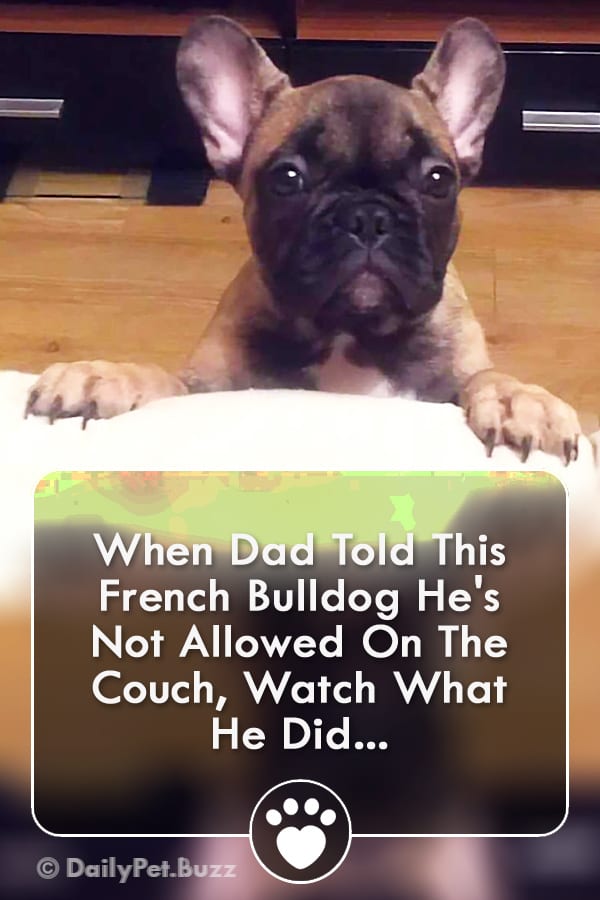