There’s a German shepherd named Shadow who we might best describe as a lovable rogue. He’s gotten in trouble (again), this time for ripping up some memory foam (again). One of his humans gives him what may be the sweetest interrogation ever.

The people who first domesticated dogs made an excellent choice. Dogs are intelligent, playful, curious, and utterly loyal, willing to protect their human friends no matter what. One thing that makes dogs special is that they combine intelligence with obedience. This means that they can be trained to do tricks, serve as working dogs, or simply behave nicely.

But even the best, most well-behaved, and thoroughly obedient dogs have little lapses. Nobody is perfect, after all. Dogs have their “devil made me do it” moments. Perhaps a fight with a couch cushion gets out of control. Or maybe a toilet paper roll just has to be destroyed. Sometimes food they’re not supposed to get into becomes too tempting. When a dog does misbehave, their human parents have to at least pretend to be angry, otherwise discipline ends up going right out the window. Dogs can sometimes be like people: even when confronted with the evidence, they’ll try to deny their obvious guilt.

When Shadow was given a talking-to for his latest foam felony, he certainly looked guilty and perhaps even felt ashamed. But he refused to ‘fess up! He avoided making eye contact and pretended not to see the bits of foam being held up in front of him. It’s absolutely hilarious. In fact, the person cross-examining him can’t stop themselves from giggling at times. There are a couple breaks where Shadow gets a little love, but he’s ultimately admonished with a firm, “Don’t do it again, mister!”

This wasn’t the toughest of interrogations, but then it’s hard to be mad at such a handsome dog. Would you have given him the third degree or just let him off with a warning? Let us know in the comments at Facebook and be sure to like and share? 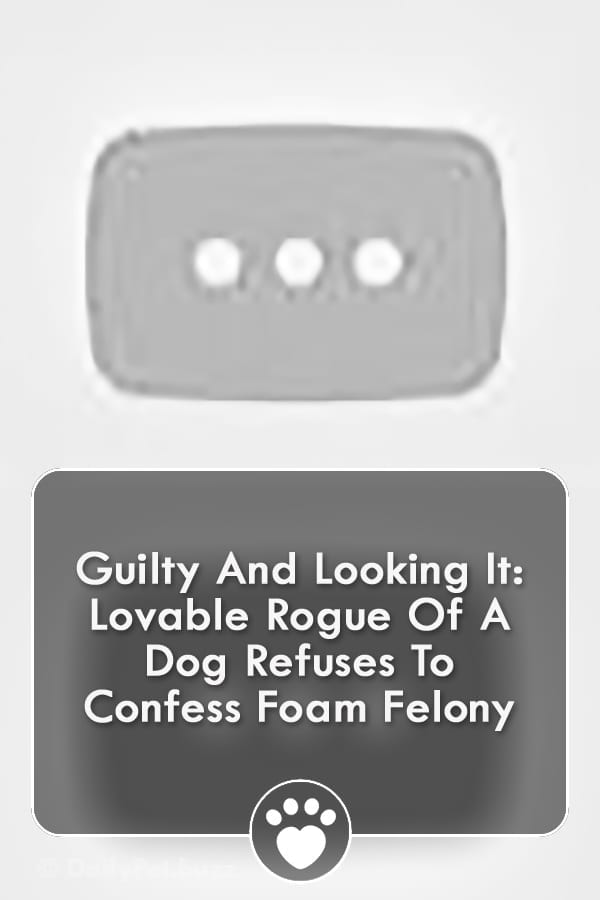