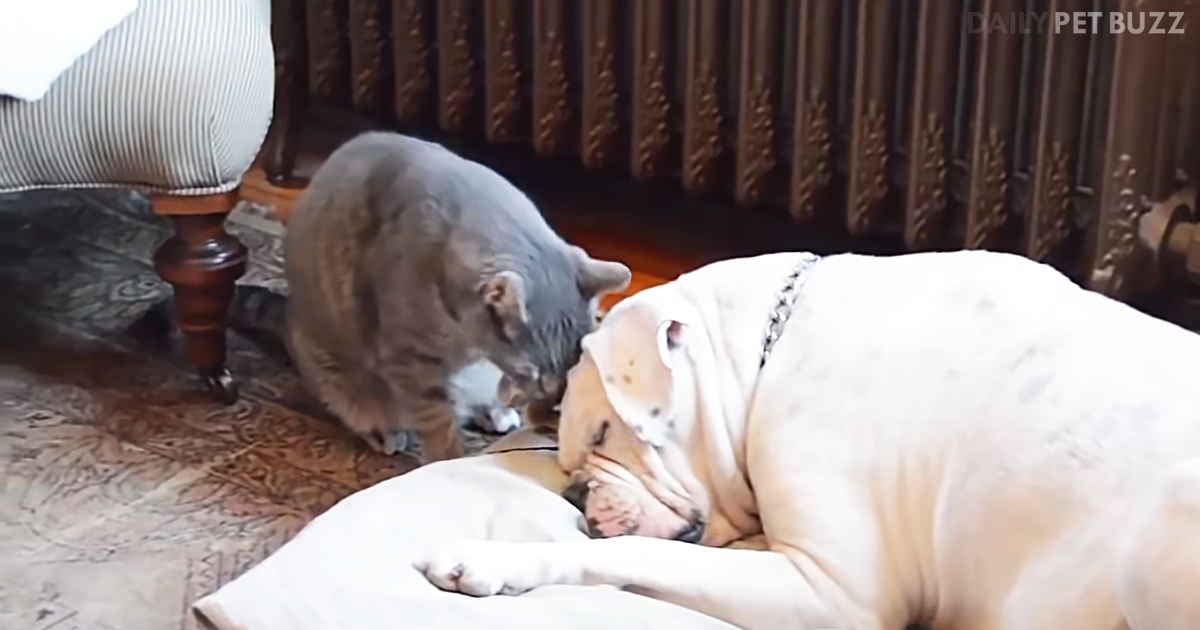 What is it with cats and not wanting people to sleep? I get it that they are nocturnal animals, but there are times that I lay down for a nap during the day – working at home for the win – and one of them will come over and start rubbing me trying to get me to wake up.

Here we see a cat walking by her bulldog buddy. She’s not happy that he’s snoozing. If she’s awake, darn it, he should be too. She sets about trying to wake him up. These two are friends, so she has zero fear that he’s going to wake up and snap at her suddenly. She’s probably done this on quite a few occasions.

My cats hate it when I’m sleeping too. I see a lot of my cats in her ensuing behavior. She did all the tried-and-true methods that my cats also employ when they want to wake me up. First, she lightly bonked his head several times. Nothing. Next, she bopped his paw. Only a soft grunt is the response. Next, she patted his head.

If this were a Tom and Jerry cartoon, here’s where Tom would peel up Spike’s eyelids to show ‘OUT COLD.’ Finally, she goes over to him, circles a few times, and lays down next to him, where she pats his shoulder as a last-ditch effort. Nothing.

So, she gives up and goes to sleep next to him. She shouldn’t feel bad about her failed attempt at waking her pooch friend up. Bulldogs are VERY stubborn, and he wanted to remain asleep, no matter what. Even if she conjured up a marching band to play right next to his head, he was NOT waking up. So it was better that she threw in the towel and decided to go to sleep right next to him. She could console herself by saying that she tried. Sometimes sleep trumps all. I give her an ‘A’ for effort. 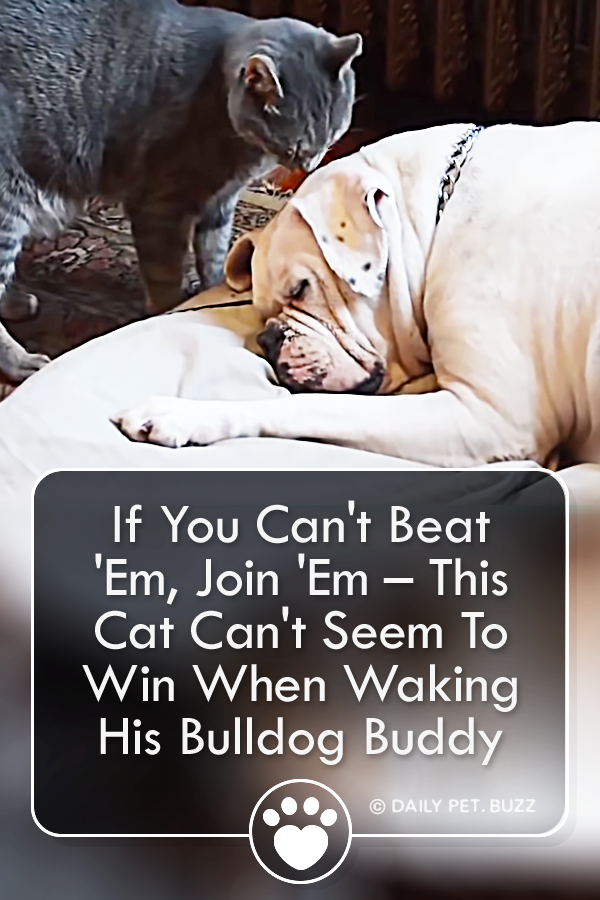