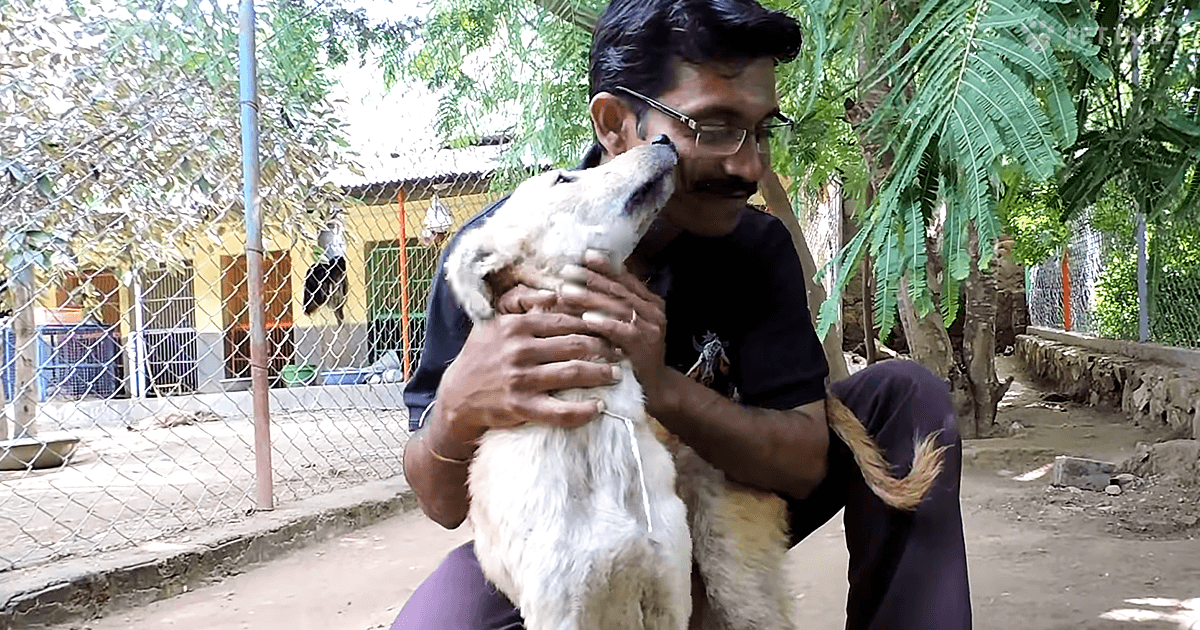 A street dog in India managed to get herself stuck between the bars of a metal gate. Despite all her frantic efforts, she wasn’t able to wriggle free. So the poor dog waited and waited and waited, crying for help. Apparently, no passersby could be bothered. Eventually, the neighbors heard her, but unfortunately, they were afraid of dogs and didn’t dare try to rescue her, risking a nasty bite in the process. They did, however, call Animal Aid.

Once the Animal Aid van pulled up, the unfortunate street dog’s ordeal was nearly over. One rescuer gripped the dog around the chest while the other pushed her hindquarters gently but firmly through the gate. It was obviously uncomfortable — at one point, the frightened dog did try to nip at one of the men — but she was quickly freed with no harm done. After that, she got a van ride to Animal Aid’s shelter and as you’ll see in the video we’ve posted below, when the dog calmed down she was able to show some loving gratitude to one of her rescuers.

Next up for this dog: treatment for mange and getting spayed. India has a huge stray dog population and part of Animal Aid’s mission is getting those numbers under control. Packs of stray dogs lurk in public parks and hang out in alleys or on street corners. Joggers report having to carry bamboo sticks to ward off aggressive strays. Dogs creep into homes and attack the inhabitants. Countless people, many of them children, have been bitten by India’s street dogs. Rabies is endemic and as a result of bites, upwards of 20,000 Indians die from the disease each year.

Check out the video below to see just one small act of kindness that represents so much of what Animal Aid does for stray animals in India. 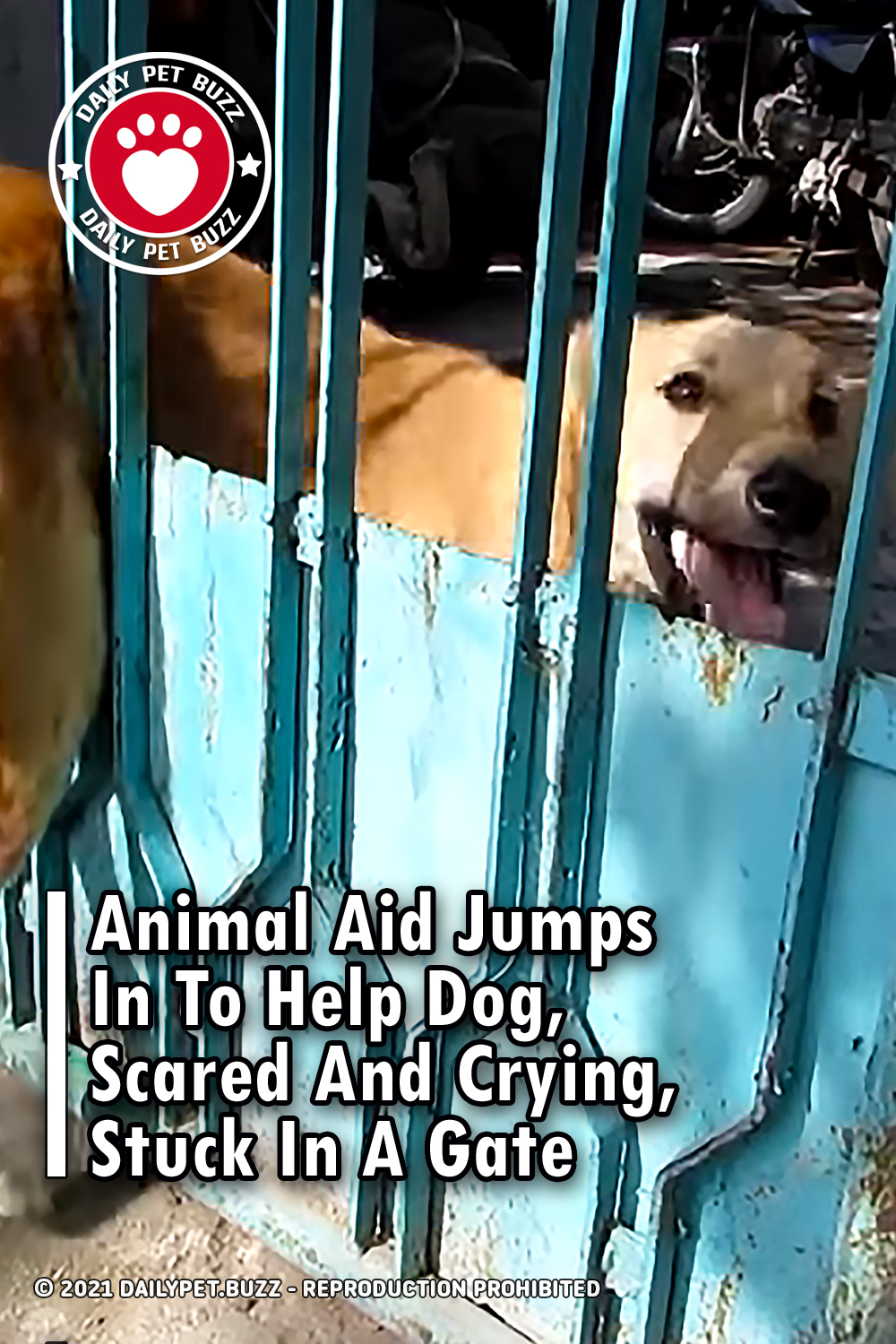