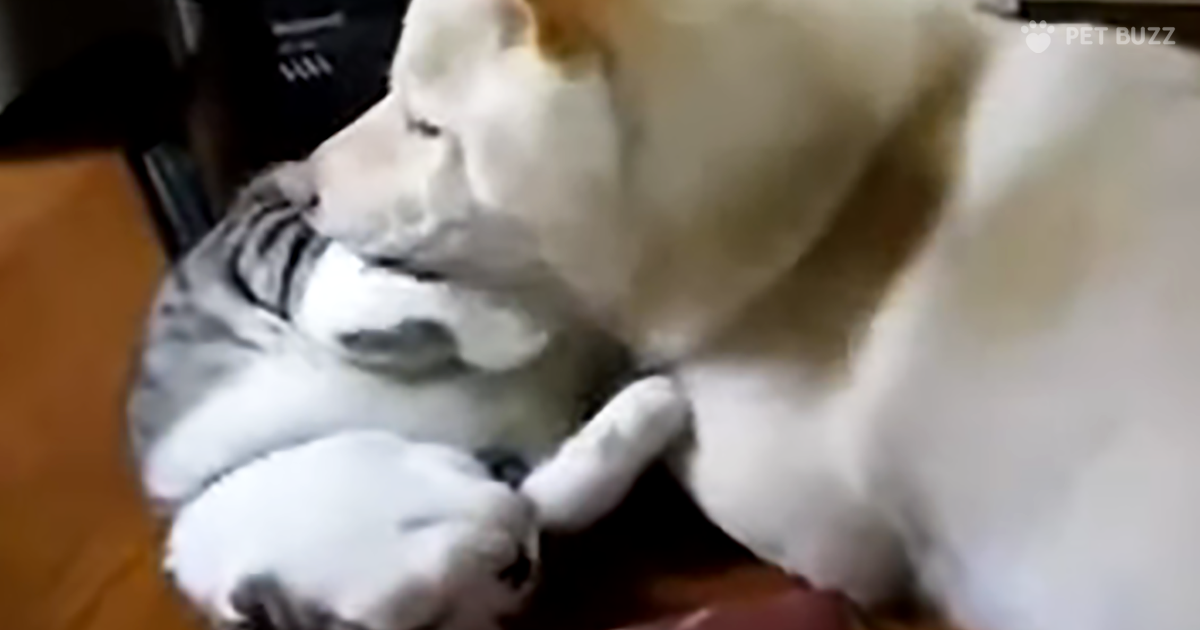 There’s nothing like lazing around with a loved one nearby. There’s a reason why ‘Lazy Sunday’ is a phrase. Sometimes we find ourselves just resting up next to each other and falling asleep on each other’s shoulders. Animals can do the same thing. As I’m typing this, my male cat is sleeping next to my female cat. It’s a teensy bit chilly and they are keeping each other warm.

This video shows another unusual pet pairing on another sleepy day. We see a dog, a Shiba Inu, and a cat resting together on the sofa. The cat is fast asleep on her back, which means that she trusts the dog, exposing her belly to him. The dog is tired but is having trouble finding a place to put his head, since the cat, as they are wont to do, has taken over the vast majority of the sofa space with her stretched body. So, he does the next best thing – he puts his head on her body and uses it as a pillow.

At first, the cat seems to be deciding what to do. She’s looking around as if she’s thinking, ‘should I just wiggle my way out from under his head? Do I bonk him with my paw? He’s so friendly, though. I’m tired, too. I want to go back to sleep. Nah. I don’t have the energy to do anything to him. I’m going to rest. But when he wakes up, I’m stealing part of his food. That’s what he gets for using me as a pillow.’

I would bet that these two grew up together from when they were puppies and kittens. There may be some cats and dogs that get along meeting later in life, but it seems like the early exposure would help stop the natural enemies from fighting. It might also explain why the cat was so blase about the dog’s using her as a pillow. I can use my cat as a pillow, but for about 30 seconds before they get bored and move elsewhere. Check out these two lazy cat and dog siblings in the video below. 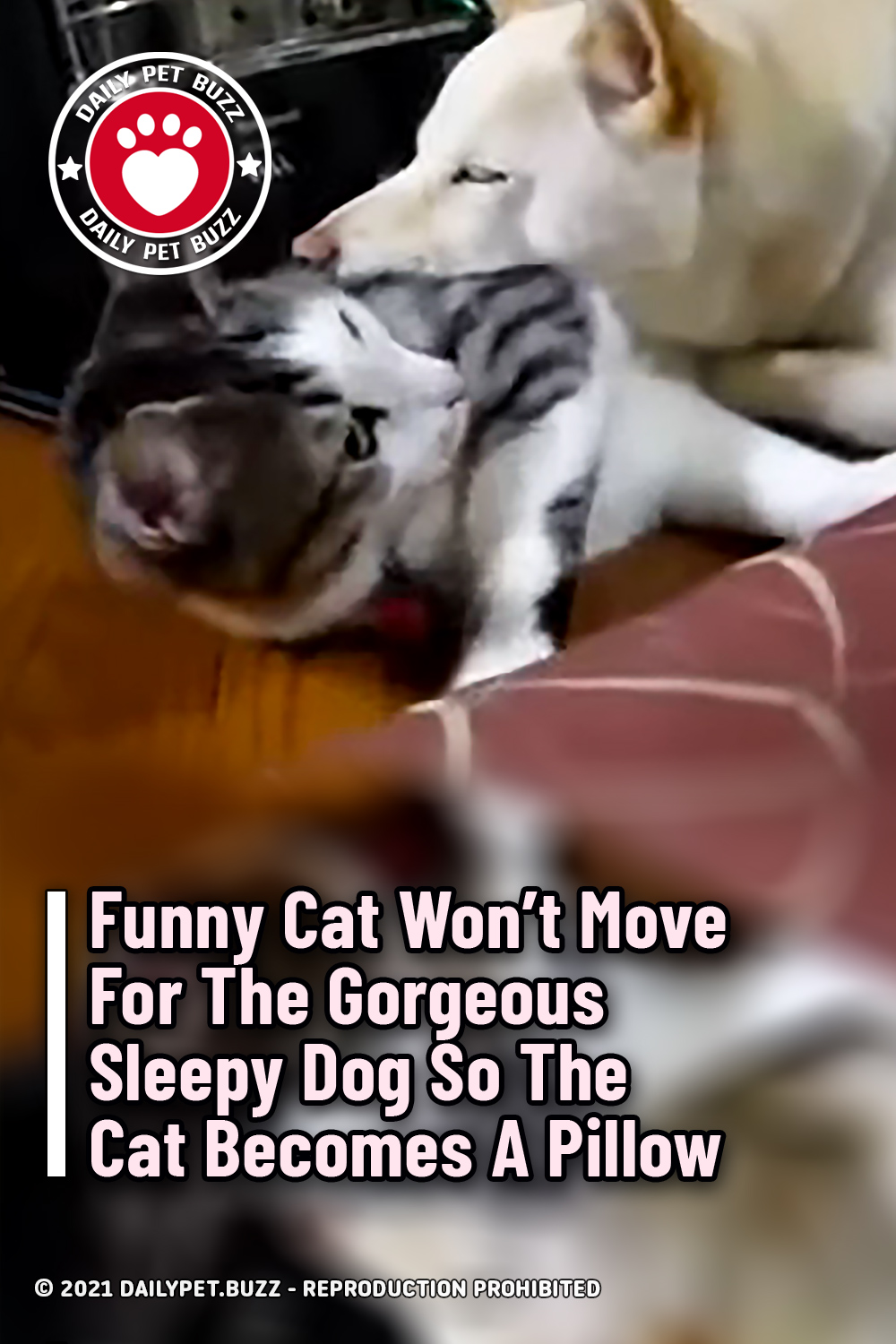