As we all know already, dogs are some of the most precious beings to ever come to this Earth. They are ever loving, as friendly as it gets, and they’re always in a playful and cheerful mood that makes them just irresistibly cute. If you’re a lucky and proud dog parent yourself, you know that they can get their paws and jaws on whatever that makes them curious, which can be pretty much anything!

In this particular video, a Boxer dog can be seen as he was spending a nice day at the beach with his family, just playing around in the sand. Eventually, he came across something that seemed and smelled very tasty, so he decided to give it a try. Little did he know that his newfound snack was actually a sour lemon! His reaction to the bitter taste will leave you in stitches, for sure!

The poor pup completely loses it after tasting the lemon, his paws get in a bundle as he jumps up and down, kicks the sand, buries the lemon, and then digs it back up almost immediately. His life just got completely turned around unexpectedly, and his reaction is just too funny for words.

See him for yourself above, it’s too hilarious to miss! 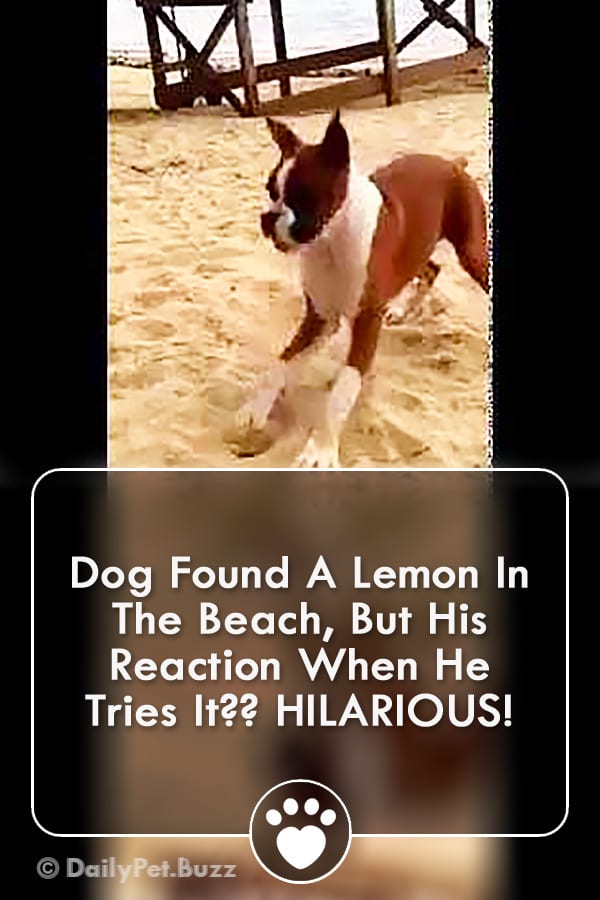