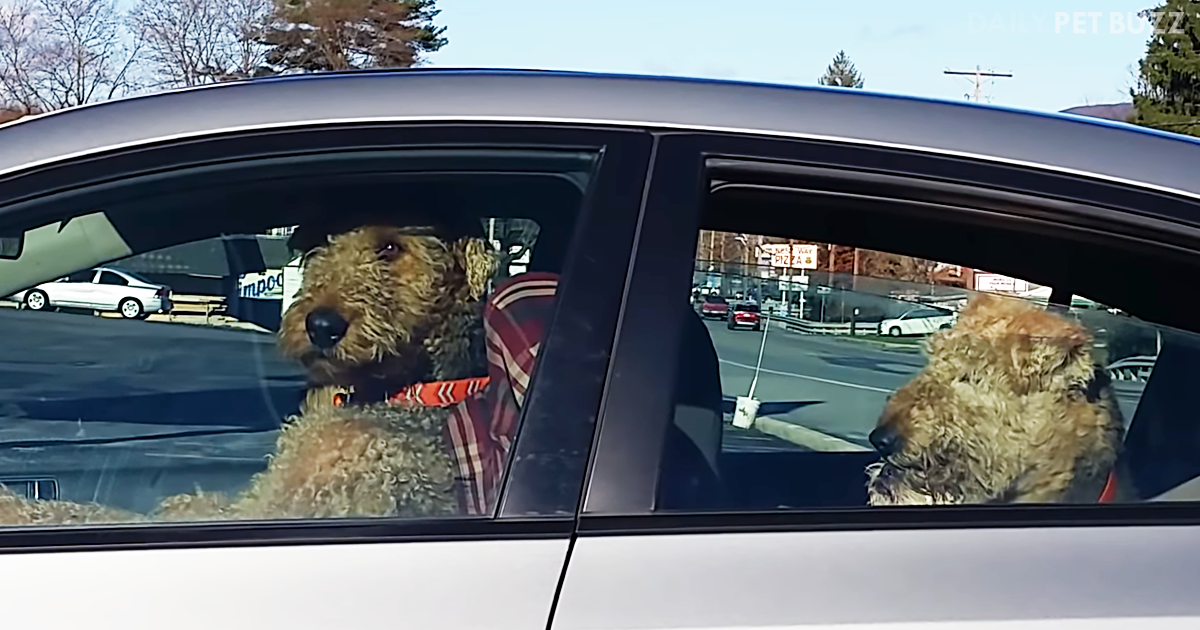 A woman named Melissa happened upon a hilarious little scene one autumn day in Altoona, Pennsylvania, an old railroad town in central Pennsylvania. She had just left a pizza shop and returned to her car when a man with a couple of dogs in his car pulled into the lot and parked.

As he walked by her car, she told him the dogs looked really happy and were clearly having a lot of fun. He gave her a kindly (and perhaps knowing) smile and went on his way. Just as the man was going into a nearby store, the Airedale Terrier in his car made way his way to the front seat and pressed his paw against the horn: HOOOOOONK!

After that long blast, the Airedale threw in a few more toots before nonchalantly glancing over at Melissa, as though a dog sitting there and blasting a car’s horn was the most natural thing in the world.

During a pause in the honking, a new arrival parked nearby and got out of his car. Then the dog let out another horn blast, this time a short one. The new arrival looked over at Melissa, thinking she’d honked at him. “It wasn’t me,” she laughed, “It was the dog!” The new arrival laughed, too, and said, “I thought it was a man in a dog suit.”

At this point, the other dog sank down in the back seat, as though he was embarrassed by the Airedale’s inability to patiently (and quietly) wait for their human dad to come back from the store. Melissa managed to capture some of the dog’s impatient horn-honking on video. We’ve posted it below for you. The Airedale really does look like he thinks he belongs in the front seat – you are sure to get a laugh from this. 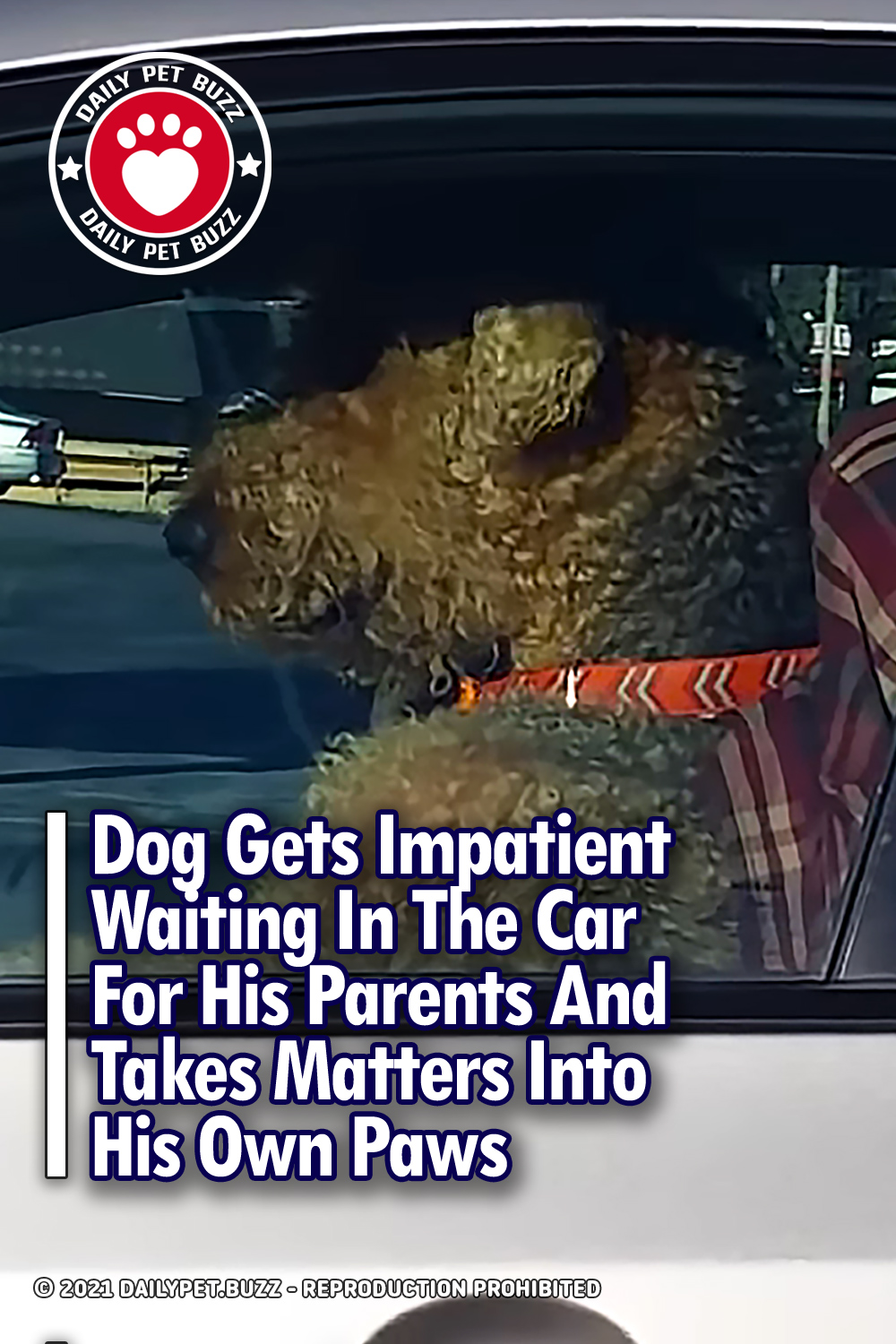